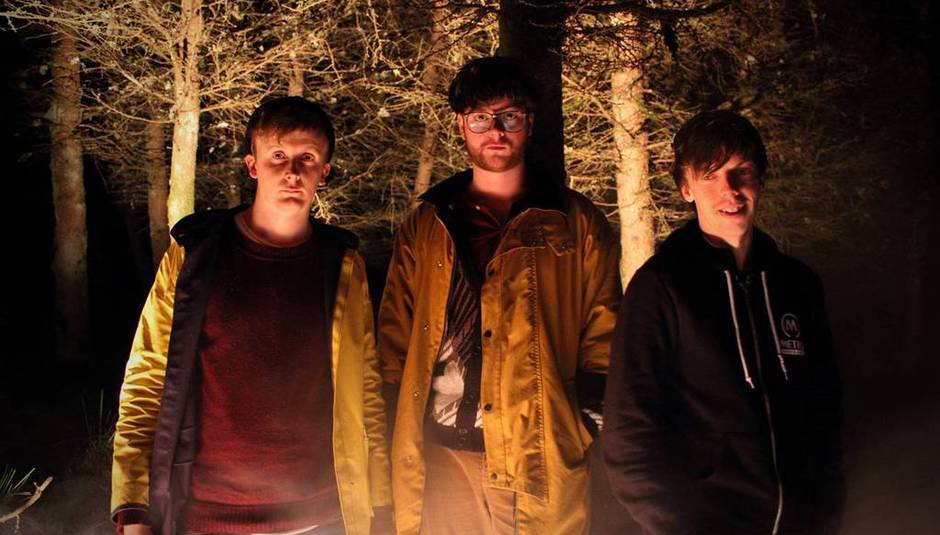 We did a quick internet search and apparently "People who liked DiS, also loved Errors." And then using sophisticated data-analysis we also discovered that Errors - an electronic indie act from Scotland, signed to a label run by a band named Mogwai - have made one of the six best albums of the year.

When asked by the PR company for [insert name of band] if [insert name of website] would like to host the premiere of the new track [running time: 4m 13s] entitled 'Relics' from a mini-album entitled [see below]. Siri said: WHY EEE SSS.

ERRORS ANNOUNCE 'NEW RELICS' MINI-ALBUM & OCTOBER TOUR
Errors have announced the release of a brand new 8-track mini-album due for release on Rock Action Records in October and UK tour including a show at Heaven in London. The new record entitled 'New Relics' follows on from the critically acclaimed 'Have Some Faith In Magic' released earlier this year. 'New Relics' was recorded by the 3 piece during the Spring of 2012 in their Glasgow studio and will be released via Rock Action Records on CD, 12", Digital Download and a VHS version limited to 200 copies only that will see the band collaborating with Rachel Maclean (director of their stunning Pleasure Palaces video) and other visual artists to provide a unique visual representation of their music. The VHS version of the mini-album will be available only from selected stores as well as directly from the band's online store.

The band have previewed the album by hosting a sample track 'Relics' via their website which features guest vocals from Bek Oliva of Edinburgh based band Magic Eye.

Our cookies show that you have not seen [Insert name of band] live before. Our al-gore-riddim suggests you should watch this, recorded live by our friends at BeatCast when the band headlined the [insert name of this website] stage at The Great Escape music festival in Brighton, England, UK, Earth, back in May 20-twelve: