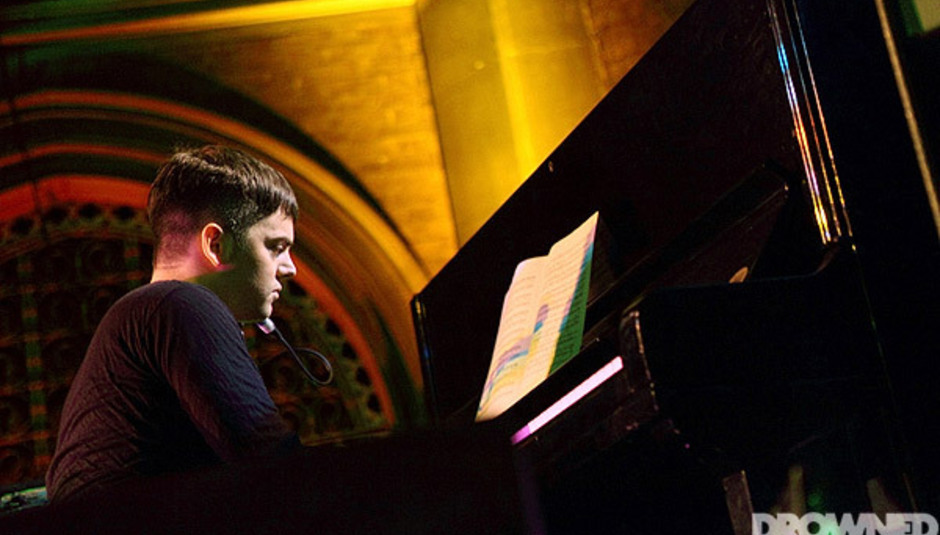 DiS has a little something for you from the new release by Nico Muhly, but first some words from Sam Cleeve...

Drones have been a part of the tapestry of Western art music since the Middle Ages, so it's interesting to hear this poster boy of classical music in the Twitter era (note: with his liberal use of phrases like 'homegirl' to describe many a gentleman collaborator over at his thoroughly entertaining blog, perhaps that should be poster girl?) place them in such close contrast with overtly 21st century piano writing. It's a theoretical idea that Muhly describes as "something not unlike singing along with one's vacuum cleaner", but don't assume this five-song collection sounds like your aunt singing Duran Duran whilst lugging a Dyson across the living room.

The drones themselves are constructed from single, jittering piano notes and the unmeasured bows of violist Nadia Sirota. When paired with the occasional bit of prepared piano (it's all a bit reminiscent of Muhly's 'Skip Town'), the bedrock of these pieces becomes highly charged; stuck within a confined space they so desperately want to break free of. The main focus -- Muhly's piano writing, here performed by Bruce Brubaker -- is often expressive melodies punctuated with percussive stabs at either end of the instrument's range. It's most prominent in the abrupt interjections of 'Part II', a delicate piece that gives way to the brief but heroic struggle of 'Part III (The 8th Tune)', before bleeding into the altogether more pensive 'Part IV', a piece that makes notably beautiful use of the piano's booming lower register. The outer parts (there's a mischeivous quality to 'Part I', and the slow collapse of 'Part V' is an apt finale) serve to book-end this charming little collection well.

You can download this track for free by clicking 'download' above and pick-up the full 5-song EP here on BandCamp. Drones & Piano is the first in a series of three Drones EPs composed by Nico Muhly. This one was produced, recorded, mixed and mastered by Valgeir Sigurðsson at Greenhouse Studios, Reykjavík, and features Bruce Brubaker on Piano, Nadia Sirota on Viola and Nico Muhly "Drones".

Photo by Burak Cingi via DiS In Photos.