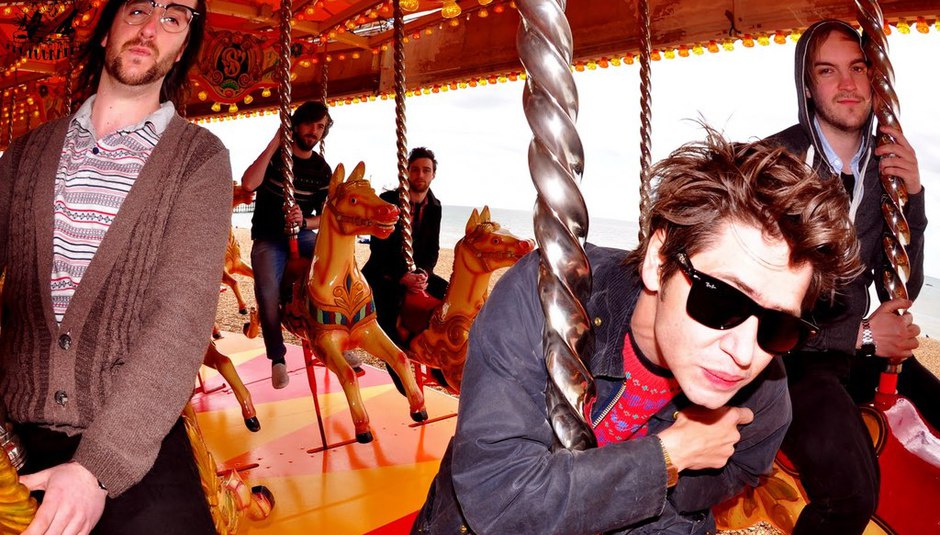 Rather than DiS' editor doing our usual five-for-friday, we've roped in Liam, the frontman from Hey Sholay! who play the DiS stage at Camden Crawl on Sunday to share five songs he loves, which may or may not get you in the mood for their show...

Ten minute Germanic masterpiece. Anticipation, whistling harmonics, all completely locked in as a unit. Paved the way for any ‘rideout’ for the next 30-odd years and-still-counting.

Robert Wyatt 'At Last I am Free'

Ex ‘Soft Machine’ confirmed ‘Red under the Bed’ at his (almost) most minimal… monophonic synths replace woodwind/string sections to earthy and sometimes borderline industrial rhythms. As dark as the duo ‘Coil’ at times, but with a happier Roger Waters style melody.

Gavin Bryar’s most recognised work perhaps, other than his collaboration with Tom Waits. A repeated movement transformed into different tracks… Strings and brass meet foreign noise and feedback, and undulate in perfect harmony. Imagine a band playing out the Titanic’s twisting, bowing hull over its frozen grave.

Taken from the ‘Live at Pompeii’ set. A VERY long time before ‘post-rock’ accidentally made the crescendo format of a song a little too easy to achieve. Mesmerising stuff, curse the 90’s for rebelling against prog!

Grinning gold teeth, fantastic old-fashioned Whisky bar intro leads into rich, warm dusty record samples… a sturdy but always involving foundation for their deliverance of a story. Composed with care and sometimes genius, with no filler in sight.

You can stalk Hey Sholay on the internet via the following social networks...

Win! A Pair of Tickets to The Great Escape Festival