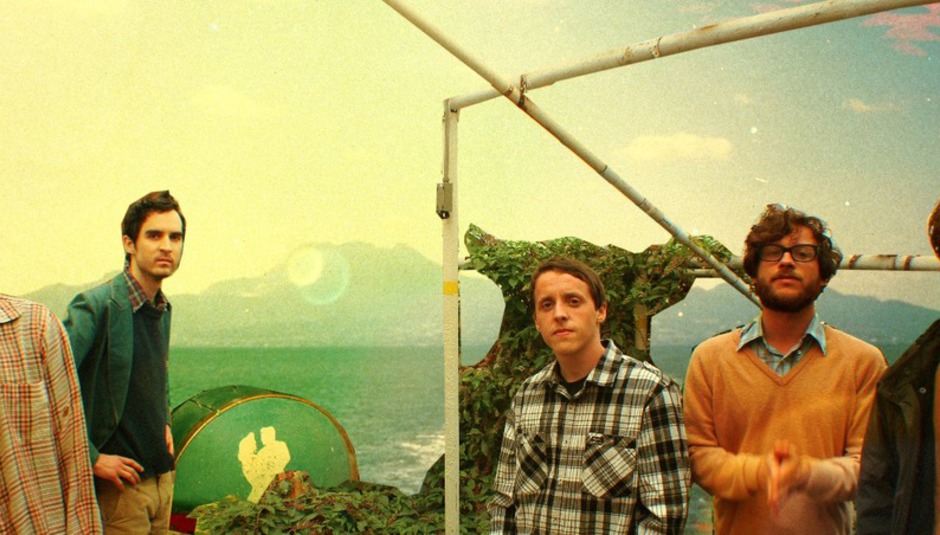 A few summers ago, DiS was boppin' and a rockin' to the fresh indie-pop sound of The Spinto Band, but then they went away, and now they've come back!

We have their new album for you to stream, in full, by clicking here:

While you're listening, here are a few factoids:

1) The album is named Shy Pursuit.
2) The album is released worldwide on May 1st via their own label Spintonic Recordings.
3) It is their third album.
4) Since 2009, the band has been operating out of their own club house, The Garden Center in Wilmington Delaware. This is where they have made music, hosted concerts and events, and operated an office for their new label.
5) The album was recorded at The Garden Center using gear salvaged from university engineering labs and from Craigslist.
6) The band are threatening to release an iPod app/game.
7) They have rather a lot of awesome videos over on their YouTube Channel.
8) Further factoids and records and t-shirts and STUFF are available from spintoband.com.

Win! A Pair of Tickets to The Great Escape Festival