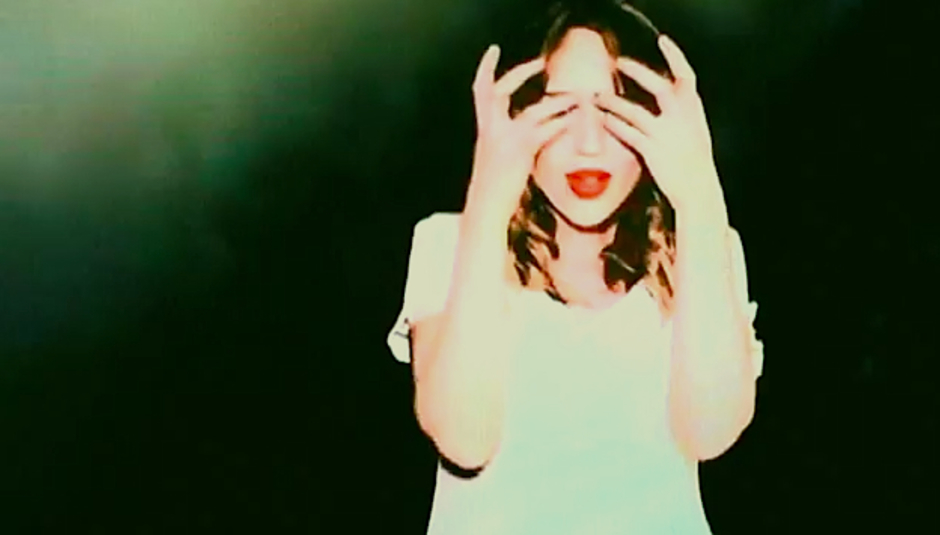 Hopefully you know the drill of this now but if not... on Fridays we like to make you little digest/mixtape of 5 must hear/see things to listen to/watch on the last afternoon of the week or over the weekend. Feel free to comment below or tweet us Tweet to @drownedinsound sharing things you think fellow DiSsers might like for next week's 5-4-Friday or yuhknow, you could tell us what you think of these picks.

Few debut albums deliver the kind of delightful, don't-call-me-dainty punch that yelps HELLO, I'M NEW HERE, as FOE's Bad Dream Hotline. She comes from Fleet, the town famous for its service station, and it's from here she weaves her songs of suburban frustrations into hyper-fairytale anthems. Her music hasn't just caught our ear but also that of Atari Teenage Riot's Alec Empire, who recently remixed one of her tracks and invited her to play some shows with him... If you've never heard her Kills-meets-Gaga-via-Polly-Jean-and-horror-movie-soundtrack-POP, then 'A Handsome Stranger Called Death' is a fantastic introduction. The video, which premiered on the Guardian yesterday, was directed by Entrepreneurs and Foe, and it only cost £20 for a piece of green material to make, the rest was pure creativity.

To find out more about Foe, and the trouble she got in with the local curtain twitchers when making this video, check back next week to read my interview with her, ahead of her performance headlining the DiS stage at Camden Crawl (for which we will also have tickets to give away at the end of that feature, and a special prize). foe-mania.tumblr.com // Read David Edwards' 8/10 Review of the Album.

It's funny when you hear something and go 'COR! THAT'S BLOODY LOVELY!' and soon after you start to wonder where someone so talented has been hiding their ambient hymns. And then you start reading the press release, and discover that the man behind this music is the co-founder of Soundcloud, a service you (if you're me) use every single day to discover music. It's the kind of cruel irony that would make Alanis Morissette reach for a spork... There's a special app being launched for his music on May 2nd, but for now, enjoy this two new tracks, and find more over at soundcloud.com/forss/tracks

Here's twelve minutes of bliss from Richard Skelton, perfect for a Sunday morning hangover or 4am on a Tuesday when you can't sleep or 10am on a busy Monday morning or just about any time really, because it's bloody gorgeous. This track is an excerpt from Cappanawalla, forthcoming via Æolian Editions. landings.wordpress.com

Oh hello there Charlotte Hatherley out of Ash. We rather liked your previous single under your new Sylver Tongue guise, and this seems like you're stepping further from the shadows of Bat for Lashes and Fever Ray, and taking us to places where people wearing New Order t-shirts sling their arms in the air and stomp their feet. I believe this is what the kidz on the street call a "banger". ‘Creatures’ will be released on May 21st, on the same night Charlotte will play the Sebright Arms in London town to celebrate the release. sylvertongue.com.

You probably know they've 'reformed' and that they're playing End Of The Road festival in September, but did you know Grandaddy are playing London’s Shepherds Bush Empire on September 4th? Tickets went onsale at 9am this morning get yours here. It's a stone-cold-classic to fire you into the weekend.

And that's your lot. Feel free to stalk on on various social networks for irregular updates of love (and hate).