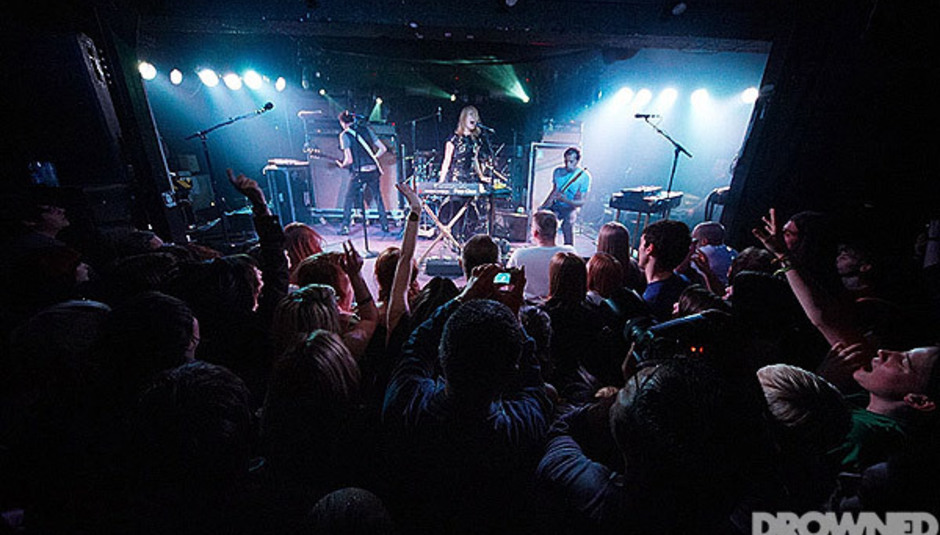 Canadian synth-rock-heroes Metric are coming back to the UK to play some shows to promote their fifth, full-length studio album Synthetica.

This is what the cover of the record looks like: About the cover, Emily Haines says:

“We wanted the artwork for Synthetica to be thought provoking and a little disorienting, an optical illusion which asks you to stop for a moment and consider what you are looking at. We were very influenced by images from the Radical architecture movement of the 1960s”

Here are some more details for you:

And yeah, the headline does mention UK live dates, and they are: