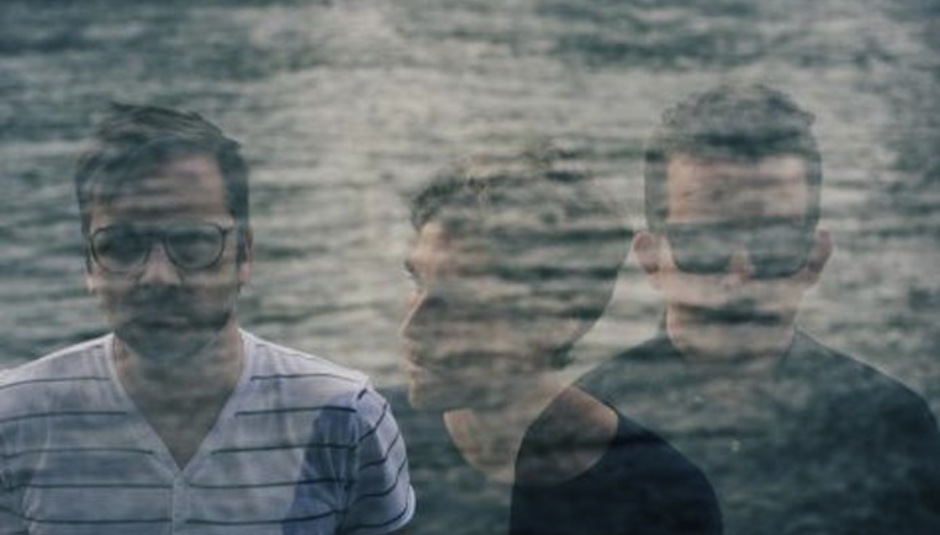 Bear in Heaven's Jon Philpot sits in the director's chair to talk us through their new record...

In 2010 the cosmos opened up and embraced our music. We played a bunch of shows, found an audience and got some money to make a record. Until now, we never felt like there were people out there that wanted to hear what we were about to do. So we bunkered down in a room and wrote a record. These songs came out of the ether, we wrote them for you.

The first time my sister heard this song she said 'the intro is too long'. You know what, she's right. But I like it. I still get surprised when the vocals come in. This song was super fun to make. It started with a drum loop. Then some bass loops. I put the drums through a synth filter to make the blasted out drum sample. The melody came out of my brain's radio and the lyrics are for an old friend who's waiting for something to happen.

The Reflection of You

I juggled chords and lyrics on this song for a long while before it was born. The lyrics are a conspiracy between me and my friend, Michael Darius Wofford. You've heard his writing if you've heard our song 'Ultimate Satisfaction'. We almost scrapped this song. It's probably the biggest departure from our old songs. The subtle curveball is the drum beat. Joe flipped the script by putting the snare on the 1 and the kick on the 2. In the era of 4 on the floor dance music, that's a dangerous move. But it works. Also, if you haven't heard the Lovelock remix of this song, you should do that.

Our friends really dig this song. Probably because most of our friends are 80's babies. It could easily be beat matched to a Don Henley song. This was the first song we started writing. Some of the lyrics were written so we jammed over them for a while and found the guitar line. I was having trouble sleeping. Stress and life and stuff… So I wrote about it.

This song started as a mellow synth sound and vocal melody. We ramped up the intensity and tried to keep the structure simple. The drums we're tough to figure out. It wasn't until we bought a set of bongos that we unlocked the door. I had fun writing the lyrics. Mostly because let some of my perversions out. I love the guitar line. Adam lets his guitar skills shine. Also, the reversed ending is fun when you're wasted. Thanks David Wrench!

This song is about a supernatural voyeur. It's the brother song to 'Noon Moon'. They basically came from the same place. We wrote and rewrote this song several times. We're still switching it up when we play live. That said, I'm happy about the ebb and flow. This one might be my favorite song.

Structurally, this one was written quickly and then it changed a lot in the studio. I had issues with my synth sounds. I just couldn't get them right. Thanks to James Elliott contributing synths and David Wrench's patience we made it through. The lyrics are for my wife. I love her a lot. She thinks it's funny that I had such a hard time with this one.

We're pretty proud of this song. Most of the synths came out of the Access Virus TI. Which, by the way, it's a great digital synth. I'm not gonna name names but this song is for a friend of ours who we met on the road.

Our good friend Dan Donahue wrote the lyrics for this one. He's a space child and it shows. I think we made a Krautrock rave song for him. I don't remember making the synths. I love it when that happens. Our friend Agathe Max play violin on this song. Her violin doesn't really sound like a violin.

One day I decided to write the worst song I could write. So, I sat down and wrote this song. Pretty much wrote the whole thing before 1pm. It's a nice resolution for the record. Simple structure and warm sounds. Rhys Chatham played trumpet on it but it doesn't sound like a trumpet. I hope we make a drone record one day. I think we'd be in a trance everyday.