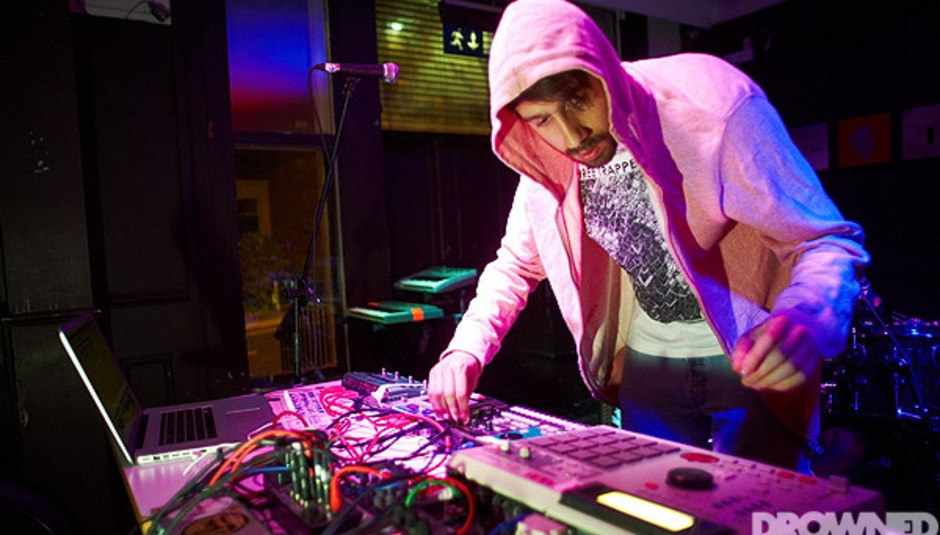 It's time to reveal two more names for the Drowned in Sound stage at Summer Sundae Festival...

Stay+ and Gold Panda will be joining DiS for our stage which takes place on Sunday 19th August 2012 at De Montfort Hall in Leicester (although, to clarify, the festival itself is a three-day event with camping and that, happening on the Friday and Saturday).

It's been a while since we've heard from Derwin (pictured). The prolific and hard to pigeon-hole (although I quite like the "glo-fi" tag on Last.fm) 'electronica' artist was last spotted releasing a DJ-Kicks compilation for k7! Records. We're presuming he'll be revealing news of new material before too long, and releasing about thirty awesome remixes and some EPs before the year is out. One of Gold Panda's first ever festival experiences was low down on the DiS bill at Summer Sundae back in 2009 - before his name was being bashed repeatedly into The Blog Machine - so we're really excited to have him return to play for us this summer.

One of the few truly exceptional new acts in the UK at the moment (so says I). Their throbbing blend of ambient 'chill-rave' comes from a similar place as Blondes, Matthew Dear and The Field but live, it's a righteous experience, transcending any niche genre confines and sprawling out in all sorts of swooping and sinister dimensions. Read the DiS Interview from last year for more info about these Mancunians (although we should add that the guy who did the interview is no longer in the band, and now making music under the Moses Gold moniker). Or you'll get the gist of what they're about from their new record or via these two videos:

They join the acts already announced for the three-day Summer Sundae festival, which are, in alphabetical order (the ones in bold will perform on the DiS stage):

More names for the festival will be announced at 3pm today.