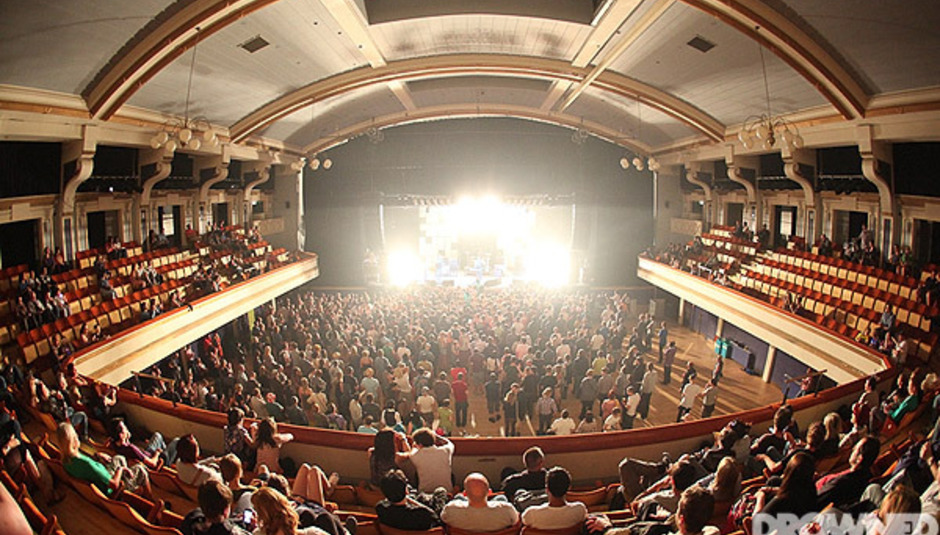 DiS returns to Leicester's Summer Sundae on Sunday 19th August to curate our own stage.

This DiS stage is De Montfort Hall, which is the second stage of the festival, and we have it on the Sunday of the three-day festival. In previous years, DiS' bills have featured everyone from Futureheads, Frightened Rabbit and Wild Beasts to Factory Floor, Warpaint and The Antlers.

We've spent months to-froing with the festival organisers about this year's line-up and we're very proud and excited to announce that Django Django, The Twilight Sad, Hey Sholay (who won a recent 6Music/DiS reader poll for the must see band this summer!) and locals Maybeshewill are the first few names confirmed for our stage this year. There are more to be revealed but here's a quick audio intro to these first four, in case you don't know any of 'em:

Also confirmed for the festival are the following acts:

And we hear there are more names being announced for Summer Sundae on Wednesday at 3pm.

For more info and pick up your tickets visit: http://summersundae.com