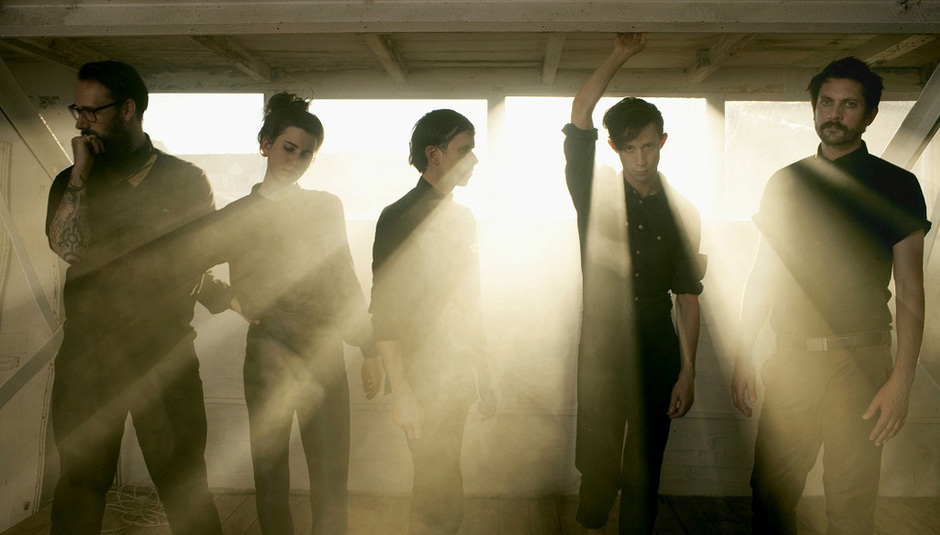 Fanfarlo's new album (which received an 8/10 review earlier this week) features a bridge on the cover, so we thought it'd be interesting to find out what their favourite bridges actually are... This is a bridge in the former Yugoslavia that is fairly iconic in bridging the river Drina between 2 empires though history. It's the subject matter of the Nobel prize winning book Bridge on the Drina by Ivo Andric which is one of our favourite books. The satellite imagery used in Google Earth is captured in 2D. The terrain that it covers is rendered in 3D. Sometimes those disparate layers don't line up, and sometimes those results can be quite compelling. Artist Clement Valla has collected some of the most striking examples in an online gallery called "Postcards from Google Earth, Bridges." They look like a crazy surreal Dali painting.

3) The Bridge by Iain Banks

This is a great book about a guy living in a sort of surreal fantasy world on a bizarre bridge. He keeps having flashbacks to a different That turns out is his actual existence and the fantasy world is a construct in his mind as he's in a coma. If you were gonna read it I wouldn't bother now as I've just ruined it for you.

This a great 1977 film by Richard Attenborough about a failed allied mission to break across enemy lines in WWII. The film is hilariously funny without meaning to be. I think. In 1916 Einstein first introduced his general theory of relativity, a theory which to this day remains the standard model for gravitation. Twenty years later, he and his long-time collaborator Nathan Rosen published a paper showing that implicit in the general relativity formalism is a curved-space structure that can join two distant regions of space-time through a tunnel-like curved spatial shortcut. The purpose of the paper of Einstein and Rosen was not to promote faster-than-light or inter-universe travel, but to attempt to explain fundamental particles like electrons as space-tunnels threaded by electric lines of force. The Einstein-Rosen Bridge is based on generally relativity and work done by Schwarzschild in solving Einstein’s equations; one of the solutions to these equations was the prediction of black holes.

For more on Bridges, Fanfarlo recommend checking out the This American Life episode on bridges.

Fanfarlo's new album Rooms Filled With Light is released via Atlantic on February 27th. And this is the cover art we mentioned in the intro...