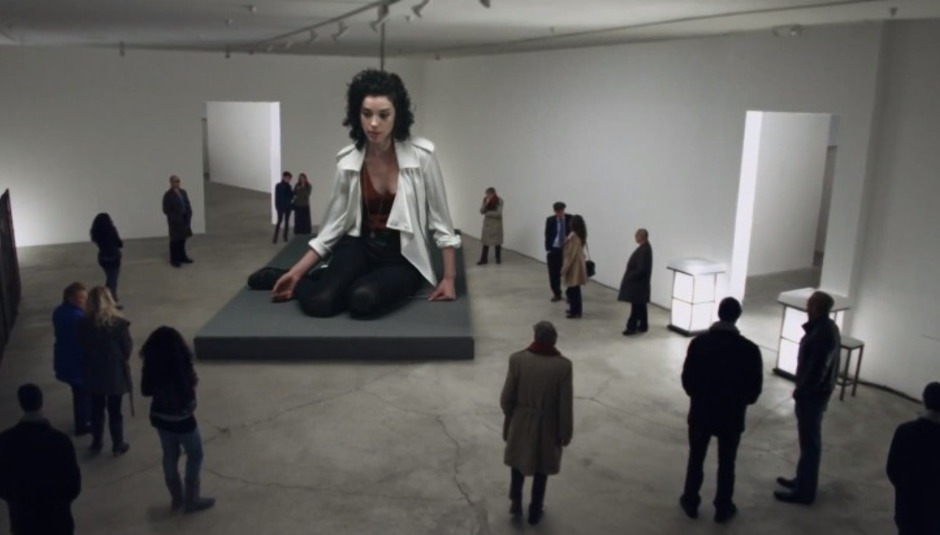 It is Friiiiiiiiiiiday! The weekend is about to belly-flop before you. You're perhaps looking for something to listen to and wondering where the hell Spotifriday is (it's gone monthly!)... well then, sit back, take your grubby trainers off, relax a little and ingest these five videos and/or streams hand-picked by DiS' editor...

A Whisper In The Noise

Let's ease you in gently with this utterly utterly gorgeous video for 'Your Hand' which is a heart-crushingly beautiful song (think Low with the heft of Nils Frahm...) from the new album by A Whisper In the Noise. Gotta hang my head in shame and admit I wasn't aware of the band until hearing this track earlier in the week but they've been going for a while (formed back in 2002) and To Forget is their first record in four years. The LP comes out on February 27th, it's very-very good, so if you trust my judgement on these sorts of things, you should probably press play on the video and then go pick up a special handmade copy from the label, over here.

They've always been DiS-favourites and now they need (y)our help to bring their ear-searing live show over to UK to play some dates with Killing Joke. Without a label to pick up the tab, the band require some funds for this adventure, so they've very sensibly re-issued their back catalogue with special expanded editions. Head over to The Icarus Line's bandcamp and re-buy the records or - if you are deeply uncool - pick them up for the very first time. And if you're the kind of dickhead who downloaded these for free previously and didn't even buy a t-shirt at a show, then you really oughta pick them up now as I'm pretty sure Joe Cardamone is not the kind of dude you'd ever wannabe on the wrong side of.

Here's the expanded version of their incredible debut album Mono to hear in full:

...and here's a terrific piece by Stevie Chick about Icarus Line to read over the weekend... then read this 10/10 by Mike Diver of Penance Soiree.

A cover of Beyonce's 'Party' by Chairlift? Yuh-huh. It is what is known as a 'slow-jam'. It features a sweet Das Racist breakdown. If this doesn't give you that friday feeling, then you're probably a bit dead inside and should consult your GP.

Annie Clark's gone and done an 'artsy' video for 'Cheerleader' from her tremendous 9/10-scoring Strange Mercy album. She'll be touring the UK soon, so I should probably finally put that interview I did with her up on DiS next week...

And finally... I gave their self-titled album 10/10 and you've all been streaming it in full and sharing it and stuff. Well, it's finally out in the shops on Monday. And they're also attempting to tour Europe at the moment - although a passport issue or two has put pay to a few dates, so keep an eye on their Facebook and Twitter for updates. Here's a live version of 'Lover' via Fader.

...that's yer lot! If you fancy sharing something with us that you've been enjoying this week then bash it in the comments box below. Or send it to us on Drowned in Sound's Facebook or tweet us @drownedinsound. Or don't do anything at all.