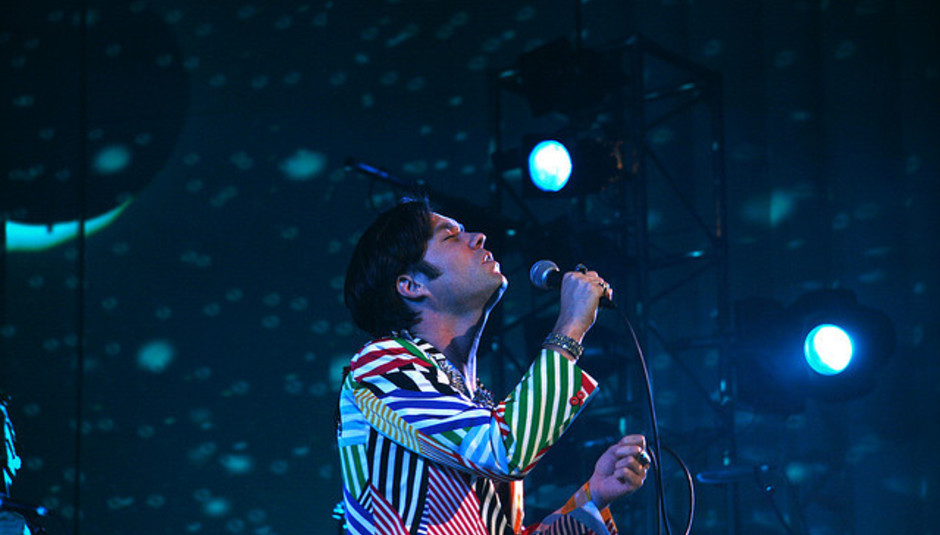 Rufus Wainwright and Mark Ronson are two pretty big names in their own right but when put together that perhaps veers a little bit more towards massive. Anyway, that is exactly what they have done and will be releasing a record together later this year, with Rufus doing the musical bits and Mark on the production side of things.

It's called Out of the Game and is released on April 23 through Polydor, making up his seventh studio album in total. Rufus reckons it's the "most pop" record he's ever made, whilst Ronson believes it represents the best work of his career. High hopes from its makers, but what about you? It probably won't surprise you to know that there are many, many guest musicians appearing, too.

They include: The Dapkings, Wilco's Nels Cline, Nick Zinner, Sean Lennon, Martha Wainwright and Andrew Wyatt of Miike Snow. Tracklisting for Out Of The Game is listed below.

People of London and surrounding areas might be interested in being reminded that Rufus Wainwright plays the Lyceum Theatre on April 30.

Metronomy's The English Riviera to be released as remix album