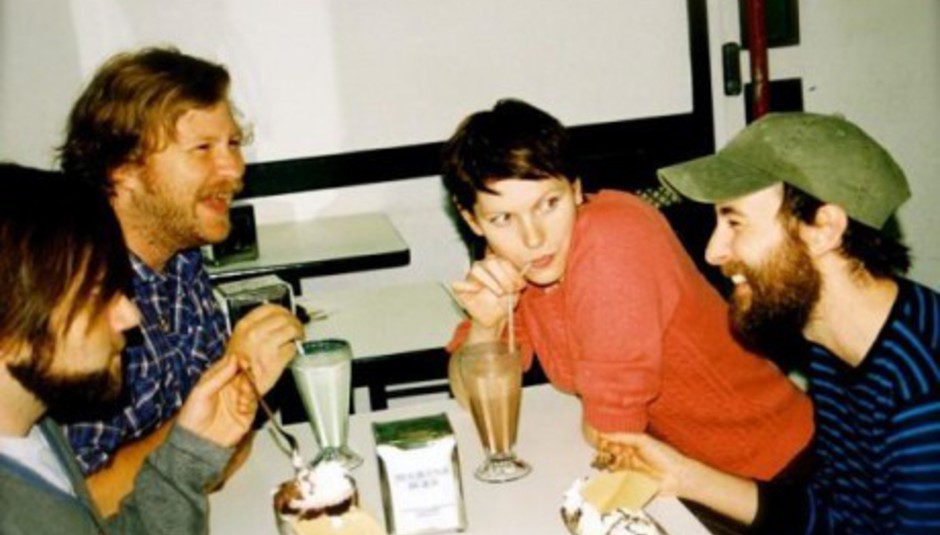 Following on from the news of an extensive UK tour for February next year, the quite-brilliant Allo Darlin' have confirmed the release date for their next album. Roughly, anyway. That's called Europe and is due out in May through Fortuna Pop!. The first single to be taken from it has just been announced, too. It's 'Capricornia' and comes out on February 13 2012.

Here's what lead-singer Elizabeth Morris has to say about the single:

“Capricornia is the area in Queensland that I'm from. It has imaginary state lines, roughly around the Tropic of Capricorn, which runs directly through my hometown. There's a nice 70s monument that marks the spot where the line passes, out on a lonely dirt road where all the kids learn how to drive. My family have lived in this area for over six generations but none of my generation remain. It’s a beautiful place.

Musically, when we first discussed the album with our producer, I suggested that the feel of Europe should be somewhere between A New England by Kirsty Macoll and Cattle and Cane by The Go-Betweens. I think this song is the closest to that.”

Below you will find a new video, which is an album teaser and features the album track 'Tallulah'. Also: those tour dates.

Allo Darlin' - Tallulah from Will Botting on Vimeo.

The Magnetic Fields return with new album in March