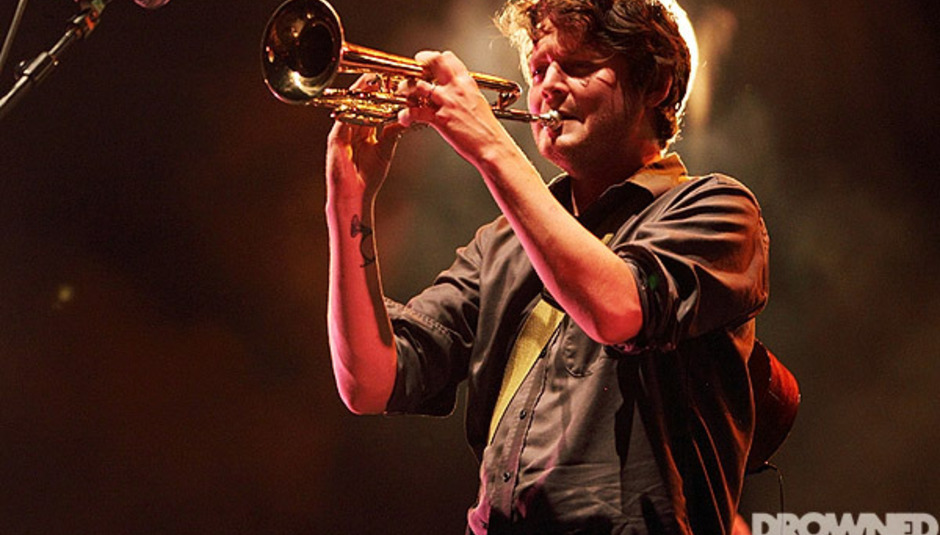 One minute I'm all eyes closed, arms swooping, fingers occasionally rapidly typing, then the very next second I'm eyes wide open, gazing into the sky, legs doing things beyond my control... The year was beginning and now it's ending and this is my soundtrack to the snapshots in between.

2011 has been and now is very almost already gone but it hugged me, gripped me and grappled me, and these are the songs that truly clawed beneath my bones. I've listened to some of these tracks so many times that if you cut my head open, some of 'em would swarm out. Lean in and you'll hear the tinny sound of their drums emitting from my pores. Splice me open and their melodies will hum from my blood...

It's been another great but overwhelming year for music... As the name of this site suggests, swimming on the surface of it (the zeitgeist, the charts, the future sound of poland, the vinyl racks, the what-blimmin'-ever-trevor...) isn't really in my nature but exploring the 'sound of 2011' has been dizzying. There's been the return of indie-heroes like Low, Bright Eyes and Beirut (pictured); the tear-duct haunting thrum of Antlers and the ambient burn of Tim Hecker's harsh-mellow. I've been introduced to the world of the Hippos in Tanks label, with incendiary releases from James Ferraro and Sleep Over. Erased Tapes have sent me promos that have left me in tears. k7! with releases from When Saints Go Machine and New Look haven't so much made me happier and more productive, so much as distracted me with daydreams about restarting my label... Then there's been the disco-drone of Factory Floor, the incredible EPs by Laurel Halo and the limbs a-go-go past-gazing-at-the-future stomp down Cut Copy's Zonoscope. SBTRKT became the soundtrack to my summer. Beyonce became MIA. There was the day-glo crash of Nicola Roberts' heart-beat and the continuing neon hue of Gaga beaming from every corner of the media. Then there was M83, trying to out epic Gaga, and it very nearly worked. And did you hear that last track on the Panic at the Disco album? Totally batshit but a little bit brilliant.

Songs, song-songs, many of which come from my favourite albums of 2011. The full-lengths ranged from heavy slabs of heart-break to soaring synth-riddled lushness but when I splice them up into individual pieces and throw in some one-off releases, there's so much to love and so little time to try to pick what is 'the best' 'the top' and my most favouritest songs of the year. I say so 'little time' but the playlist is about 3hrs long. And I'd hate to admit how many hours of pruning, not to mention the days of scouring the web and suffering dead-ends listening to dead-beat duds went in to compiling this collection of songs.

This mixtape-like selection is a failed attempt to try to sum up the sounds that have throbbed through me while I've worked, walked and woozed off to sleep. This is less of a playlist and more like the confetti of a year in music. Some of it is shot from a canon, some of it drifts in the breeze but nearly all of this will take a long-long while to float back down to earth. Which is fine because that's the way I la-like it. I'll shut up now, and you'll listen, and hopefully find something you've not heard yet that you don't hate...

There are various platforms that you can listen to music on. Deezer (we're pretty sure that isn't short for diamond geezer!) is the one wot is HYPER-GRANDE in France and slowly getting bigger across much of Europe. They recently 'launched' in the UK, and DiS went along and slurped some of their free booze, and they gave us a free trial of the premium version of their service, which is very swish on a BlackBerry phone (also good on other smartphones) and mega-awesome when an iPhone or Android phone is combined with Sonos wireless speakers. If you fancy a set of those, check the site on Thursday, when we'll be giving a set away!

Seeing as there's no such thing as a free beer, I thought I'd firstly share my playlist on Deezer: http://www.deezer.com/music/playlist/65818353 and if you want a free 15 day trial, just sign-up with your Facebook and you can give it a whirl for 15 days for zero pence.

If you already have a Deezer account, you can listen via this embeddable widgets.

This playlist is a little longer than the Deezer one, due partly to Beggars Group (i.e. XL, Matador, 4AD, etc not being on Deezer) and I was in a different mood when I made them, so the tracklisting flows a little different but they're more or less the same.

Listen to the playlist by bashing here: Seanin2011

If you don't have/like/want to use any of the above services, this little box has the playlist powered by Playlistify/Youtube.