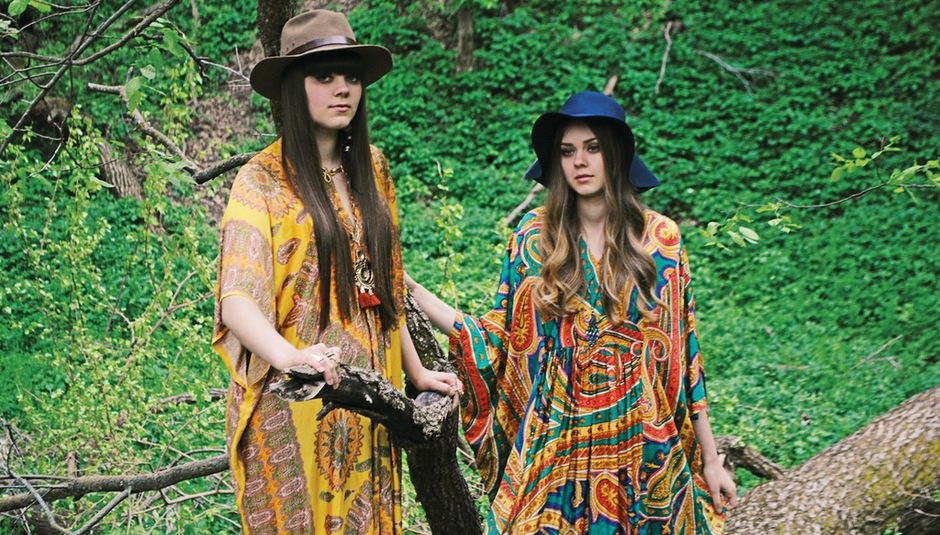 One of the most heartbreakingly beautiful love songs ever. It's so freaking sad. Emmylou has inspired us endlessly. Her vocal delivery and her songs are so close to what we aspire to make ourselves. On our new record the song "Emmylou" is a sort of tribute to her and Gram Parsons and the magic they created together. We usually watch this live video before we have a live performance, to get inspired and to get into the right mood.

This song, and that whole album is it's own little world. When you get nestled into it you never want to leave. This song is one of the most entrancing songs I've ever heard. When it's over, all you can do is accept his apology and listen to it again. "I love you more humanly possible than mere earthly words could describe and if I tried even in the heavenly tongues its purity mere language would still simply just pervert" - it's not just the words, his phrasing is just pure gold.

We need to listen to this song a lot right now when it's so awfully cold in Sweden, because it reminds us of the time we spent last month in sunny LA and the desert. Such a chilled-out summer song could never have been written in Sweden.

4) The Mountain Goats 'The Mess Inside'

I first heard this song on a grey February afternoon, it was one of those days where you ask yourself why that day even needed to exist at all. Then I heard The Mountain Goats' "The Mess Inside" and felt even worse. When John Darnielle so perfectly describes the end of a relationship through a series of trips where they try to mend whatever of the relationship that is left, it hurts. And then, when every verse breaks out in those pleas; "I wanted you to love me like you used to do" there is nothing more to say. Such simple songwriting when you look at it, but it says so much more when you really listen.

Patti Smith = The coolest woman on earth? Yeah, probably! We grew up with her music since our parents are huge fans. Earlier this year we got the opportunity to play "Dancing Barefoot" live for her in Stockholm when she received the Polar Music Prize. It was one of the most surreal evenings of our lives, meeting her was truly extraordinary. She was such a humble and passionate human being. Insanely inspiring. This is our favorite song of hers. The lyrics are powerful and poetic and just epic.

We're not sure when we first heard Billie Holiday, but our parents had a compilation of her songs that they used to play a lot when we were growing up. I clearly remember singing her songs. This one, "Stormy Weather" and "Gloomy Sunday" were my favorites. To this day, the way Billie sings never fails to leave us full of emotion, there is just something so raw about it. I tried to imitate her voice a lot and I think it helped me develop a stronger tone.

This song is so great. Blue Valentine was great. Ryan Gosling is great. Mmhmm Ryan Gosling...

Buffy Sainte-Marie can be so hypnotizing. She's so intense and so deeply into her music, it's almost kind of scary. This song is one of her creepiest ones. It's about how we keep living in a pretty hateful and terrible world, full of corrupt people in powerful positions, without questioning things and blaming what's going on on others. We just keep the wheel spinning.

We've been compared to The Roches a lot. Probably just because we're sisters and sing harmonies. We love them and we're honored to even be mentioned in the same sentence. Their vocal arrangements are really fun and smart. They can go super high, super low and everything in between. They're totally unpredictable. "Hammond Song" is our favorite tune of theirs. The lyrics are kind of annoying to us though because they're telling this friend of them not to quit school and stay at home. I didn't finish school and went out on tour so I kind of feel like they are telling me to stop doing this. They're warning me that if I go I'll never come back to Sweden and live a normal life, haha.

Very few can have so much darkness and mysticism in their music and still sound completely genuine and honest. Townes Van Zandt does exactly that. When writing for the new album, I had a serious obsession with his music, for about a month it was all I could and would listen to. This resulted in me trying to write a Townes Van Zandt song - I ended up with a song that almost copied the story of Our Mother The Mountain completely, and stole the melody of another Van Zandt song. Luckily, I came to my senses and realized this and scrapped the song, but the overall feeling of the record was still very inspired by that darkness he so brilliantly captured.

First Aid Kit release 'The Lion's Roar' on December 5th and headline the Bush Hall in London on 6th December.

Listen: The Men Live at WFMU