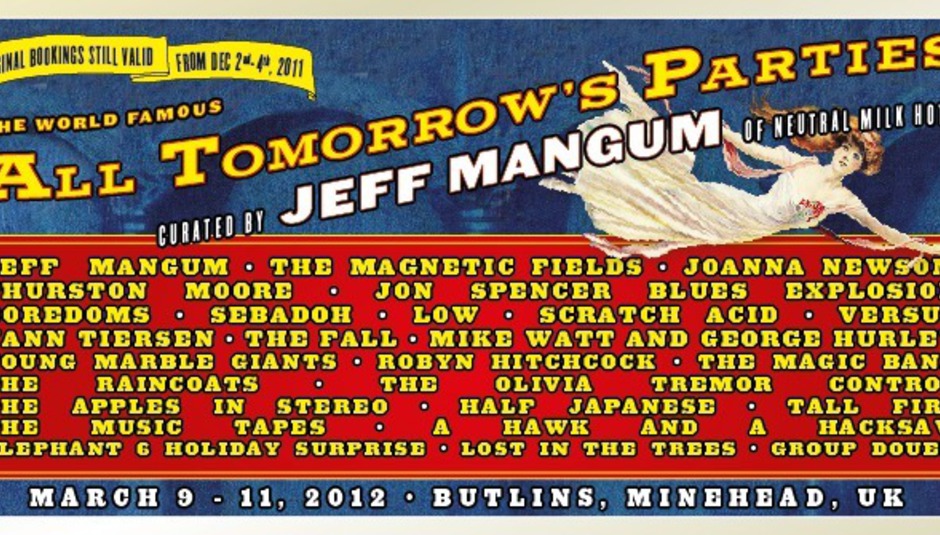 Following the news that the Jeff Mangum-curated ATP event was to be rescheduled, plenty of people were wondering what the line-up would like when they came to re-announcing it. Well, now we find out as it has just been confirmed that the following bands form the bill - so far - for the event, which takes place next March.

This is not a bad start at all. Unfortunately some bands couldn't make it this time around, and they include Panda Bear, Tinariwen, Superchunk, Group Inerane, The Mountain Goats and Colin Stetson, which is a shame. ATP also inform us that they are hoping to confirm Fleet Foxes, Sun Ra Arkestra and Micachu & The Shapes very shortly.

Next year's Jeff Mangum ATP takes place at Butlins, Minehead from March 9-11. More information on tickets and whatnot can be found here.