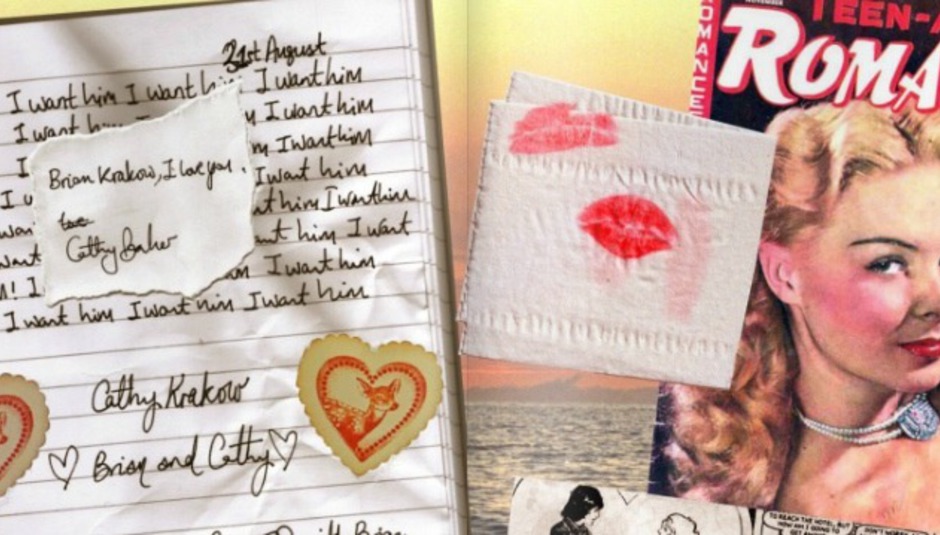 Whilst Prince plops his new CDs out via The Daily Mail and Blondie released her new elpee in a 'bookazine' format, chirpy-poppers Summer Camp have gone and done their own twist on this multimedia album-ness and created a super-sweet handmade magazine.

If that doesn't make any sense, here's the band's explanation of what it and why it is, before you bash the read button below and have a fullscreen Summer Camp experience....

Our album is set in Condale, a town in a suburb of California that is quite close to the sea and has pretty amazing weather all year round. It is also completely made up. By us. Often bands describe the process of writing and recording an album as "mental". They may say, "we went completely insane" or "we totally lost our shit". Well with us it's actually true. As the writing progressed we started living out the lives of four people - teenagers Cathy Baker and Brian Krakow in 1984, and fallen film star Bebe West and Mayor Louis Sley in 1954 - all of whom lived in our fictional town.

In order to further cement the stories and build the references and back stories to aid the writing process, we put together a mini magazine, which you can flick through below. Using newspaper clippings, diary entries, letters, sanitary towel adverts and interviews it offers a small glimpse into life in Condale. Bebe and Cathy, and their twisted relationships with the man/boy they love, run parallel to each other despite the fact they lived 30 years apart. They're linked almost supernaturally through time and are destined to make the same tragic mistakes, despite their contrasting backgrounds and contexts of their lives.

Reading of our mini magazine definitely isn't essential, but it should hopefully explain a bit more about a). how crazy we are and b). the stories behind the songs. The sad and spooky ending also explains why we picked Halloween as our release date. Oh, and Brian Krakow – the 'My So-Called Life' Brian - is one of our favourite characters ever to appear on TV and we were desperate for his story to be continued. And to make him the heartthrob we thought he deserved to be.

And without further ado, here it is: