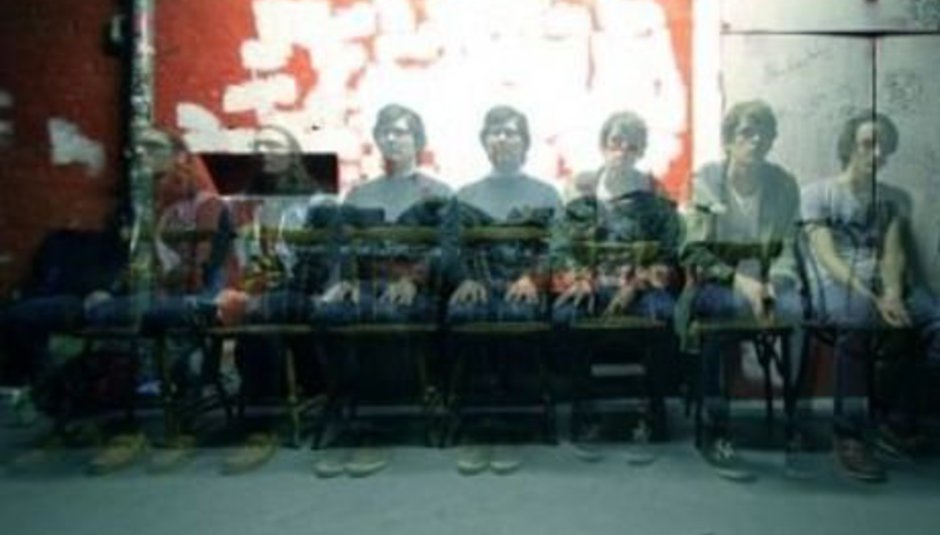 Hey! You! You like noisy guitar-pop that’s as fuzzy as it is fun, right? Well, might I suggest you brave the advancing winter weather and come out to see Mazes, courtesy of DiS?

The punkish foursome, who kicked off their first ever UK headline tour this week, will stop off in Sheffield and hit The Harley this Monday October 10th. And you can win tickets for the gig – just keep reading.

If you saw Mazes support Best Coast for us earlier this year, you’ll already know why we’re so excited about having them on again. The band’s debut album, A Thousand Heys, came out in April, and it’s a short but sweet slice of lo-fi indie that gives Pavement et al a run for their money.

Guitarist and vocalist Jack Cooper told us more about the tour shortly before last night’s gig in Edinburgh:

“We’re only doing two weeks of shows, so it’s not a particularly long tour, but it should be good. We’ve played most of the towns we’re visiting before, but we’ve done a lot of shows over the last couple of years.

“It’s a pleasure that people have booked us and it’s really nice that people think we're worth coming to see. As long as some people are there we won’t get too bummed out. I hope there won’t be any shows where no one turns up - that would be really demoralizing!”

Jack said Mazes would be playing new material on the tour, but fans can still look forward to plenty of cuts from A Thousand Heys:

“Someone said to me on Tuesday night, our album was the soundtrack to their summer, and that really means a lot, more than any review does. Although it’s weird seeing people sing along to the songs from the album, because I forget the lyrics so much. I’m really bad at remembering lyrics!”

Mazes will be joined in Sheffield, as they are on their whole tour, by the satisfyingly grungy Milk Maid. At The Harley, you’ll also be able to experience the grotty garage rock of Brown Brogues.

If that all sounds like it's up your street, then how would you like to win a pair of tickets to see Mazes in Sheffield this Monday? All you’ve got to do is Tweet us something funny at @DrownedinEvents, and we’ll pick whoever makes us laugh the hardest as the winner. Simple as that.

For the unamusing, you can still buy a ticket for £6 from here. The cost, as ever, is less for Harley Live members at just £4. For more information on the show, click here.

And don’t forget you can keep up to date with what we’ve got in store on Tumblr, Twitter and Facebook. We’ve already booked Dutch Uncles and Lanterns On The Lake for November. And we’ve only got bloody Ghostpoet on this Saturday. We spoil you.