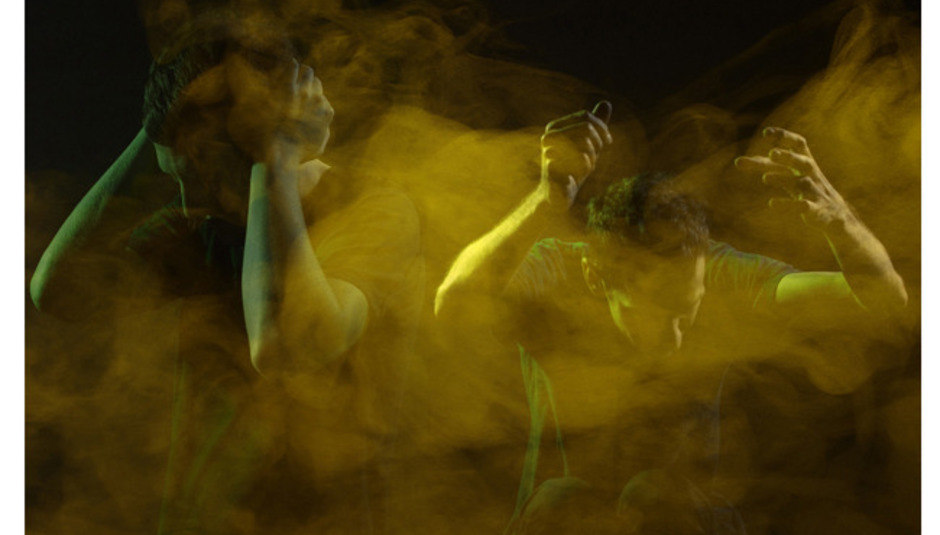 This weekend, the sun will be blazing across the UK, and this new album from WALLS comes highly recommended by 'us' to accompany those glistening pearls of condensation pouring down the side of your beverage...

Here is the album, Coracle, which you can stream in its entirety. It's out to buy as of on Monday via the ever-brilliant Kompakt label. Below it, you'll find the band's track-by-track (director's) commentary, which they kindly wrote for us before playing with Factory Floor in New York last night...

This was one of the first tracks that we wrote for the record, and one that we've been road testing in the live show for quite a while... It started life as a remix we were doing for another band and we quickly realised that it was too good to give away!

All the key parts for this track came for the demo - we were intending to re-record them, but we just couldn't beat the vibe of the originals. We particularly love the second half, when it builds into a crescendo and the full beats come in.. For us it's a bridging track between our debut album and Coracle.

This seems to be a lot of people's favourite from the record, it's based around the central arpeggio and a bunch of samples processed from some old movies, we had multiple different versions, but this was the one that we settled on.. We love making people dance as well as taking them on a journey so for us that's the balance that we tried to strike with Sunporch

Il Tedesco is a mysterious character who inspired this track.. As with all our tracks, the vocals are sung by Alessio, but processed in various ways - even if the last voice you hear ended up sounding like a 12 year old girl! We're really pleased with how the whole track came out as it has a trippy and

We felt it was really important to have a quiet moment in the middle of the record to help it flow.. Towards the end there are some field recordings of an infamous character from our London area, hidden in the mix.

Probably the most emotive track on the album for us, we've also been getting a fantastic reception to it in the live show.. It has a recording of Sam's cat Bessie at the beginning and also features his debut backing baritone vocal performance! The 'Twilight' half of the song features a chord drone that was split off from Ecstatic Truth as it got pushed by alessio millions of guitar tracks - it ended up working just great on it's own!

Even though a reviewer mentioned Mark Knopfler in relation to this track (true story!), it started life as a Spacemen 3 homage and spiralled into outerspace from their! Look out for the surround sound synth rockets towards the end..

This track starts immediately after the abrupt end of Ecstatic Truth - our favourite transition on the record... We're intending to introduce this as the last song of our shows as a quiet send off, much as we wanted for the album.