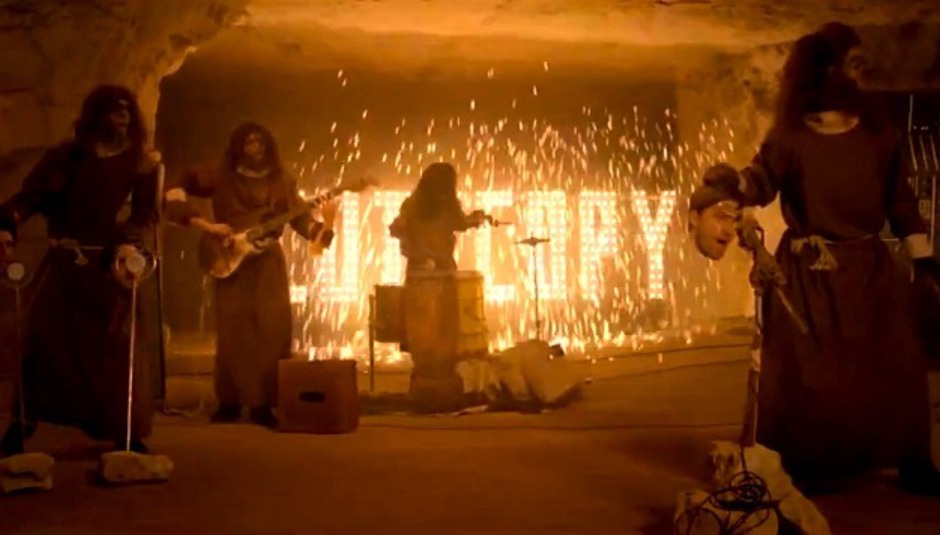 Antipodean alt-future types Copy Copy have got a new video.

'Blink And You'll Miss a Revolution' is one of the stand-out tracks on their tip-top third album Zonoscope, and they've gone and made a video for it. The vid takes the trad performance video concept and stirs in a dose of Mighty Boosh meets Planet of the Ape japes, making for an apt video from an album that's all about viewing the future through the eyes of the past.

The video was directed by Emile Sornin and produced by Jules de Chateleux at Division. The single, featuring remixes by Toro Y Moi (below), Henning Furst, Chicken Lips, Tornado Wallace, and Das Moth & Kenji Takim is out now.

Cut Copy are about to embark on a US tour, before heading over to the UK for three dates in October: 25th at The Button Factory in Dublin, then 26th at Warehouse Project in Manchester, then 27th at The Roundhouse in London, before heading over to Paris for the Pitchfork Music Festival Paris @ La Grande Halle de la Villette. For a full list of dates visit: http://cutcopy.net.