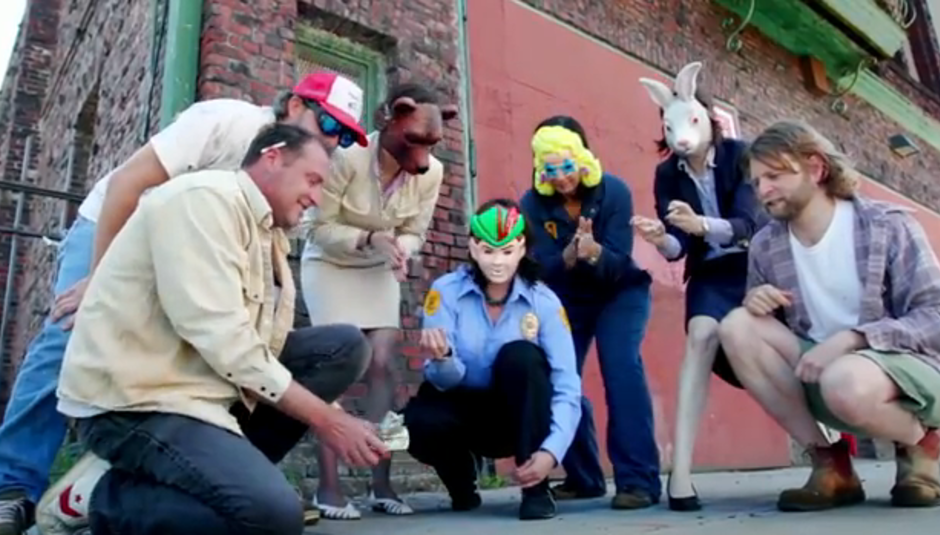 Wild Flag is a supergroup, you could well say. It's made up of members from the bands Sleater-Kinney, Helium, Quasi, The Minders, and Stephen Malkmus and the Jicks. Not bad, eh? The members themselves have names, though, and they are Carrie Brownstein, Mary Timony, Rebecca Cole and Janet Weiss. Their debut album is released through Wichita on October 10 and is self-titled. Here's a video for the track 'Romance'. Watch it!

The band recently announced a London show. That takes place on December 8 at the Lexington. Tickets available from here. There's also a show on Friday December 9 at All Tomorrow's Parties in Minehead, Somerset. At Butlins. Like it always is.

DiS at The Mercury Prize 2011: A Blog Sort of Thing