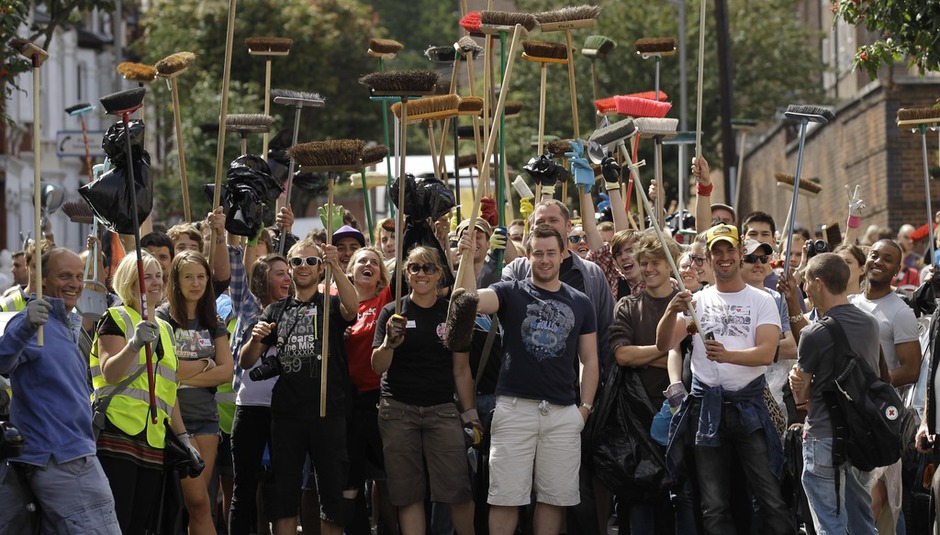 What a strange week this week has been. I hope you've not suffered as a result of this idiocy and that you got out there and helped in whatever way you could to not let these i-want-iwantiwant little shits nicking (do)riotos from PoundLand and smashing up charity shops, turn our tea-slurping land into a haven for assholes. The fascists can fuck off too.

Most of my week has been lost into the vortex of trying to find ways to help the hundreds of independent record labels who've lost all their stock at the SonyDADC warehouse which housed PIAS distribution. You can help by donating here or ensuring no-one's cashflow suffers before the insurance dosh kicks in by buying records either from the labels direct (links on this epic spreadsheet) or from your local store (who're gonna have a few weeks with stock issues) or by going to a digital store. It's a good excuse to buy a record you've been meaning to get.

Anyway, we still ran a heap of content, which is reflected in this Spotify playlist that, as always, comes with our commentary and links below.

Oneida 'Each One Teach One'

A band who can only be described as colossal. Their records may sound indestructible but Jagjaguwar have revealed they're quite literally inflammable, as the only records not destroyed in the huge SonyDADC warehouse fire was a box of twenty Oneida albums.

People keep asking which PIAS-distributed records they should buy to support any struggling labels. It's hard for DiS to make a shortlist as nearly everything we love and write about, goes those their distribution channels. However, if you want some pointers, look at our Recommended Records section (which features this beautiful SBTRKT record which was released on XL imprint Young Turks) but if you hold on 'til next week, we're launching a 'developer contest' to get people to create some awesome tools and fun services to help join you and the overwhelming volume of releases together - see this spreadsheet for an idea of the scale, and visit http://recordlabellove.com to find more about the hackathon.

Our champion sound, hip-hop column returned this week, with an interview with this dude.

Another of the brilliantrecords that went up in flames was this on Border Community, which is a label run by....

James Holden 'A Break In The Clouds'

...James Holden. And his music ain't bad either for a chap wot runs a label.

Another from our Recommended Records section, and another PIAS-distributed release.

Bella Union were one of the few significant independent labels in the UK which wasn't affected by the fire, and they released this mighty fine I Break Horses LP this week.

Dom Gourlay loves his hazy-gazy-shoey-huey-wave and he's interviewed this bunch that he likes a lot.

We also reviewed their 7-outta-ten-tastic new album this week.

On Sunday, DiS' hand-picked bill will be taking over the Indoor Stage at Summer Sundae festival and this awesome two-some will be headlining, and debuting some new songs. If I typing could be breathlessly excited, you would notice my breathlessly excited tone. Still some tickets available if you fancy it, and we posted up the stage times, here.

And to round-off the playlist, here's a track from Factory Floor, who also play our stage on Sunday, which has been re-done by him from New Order.