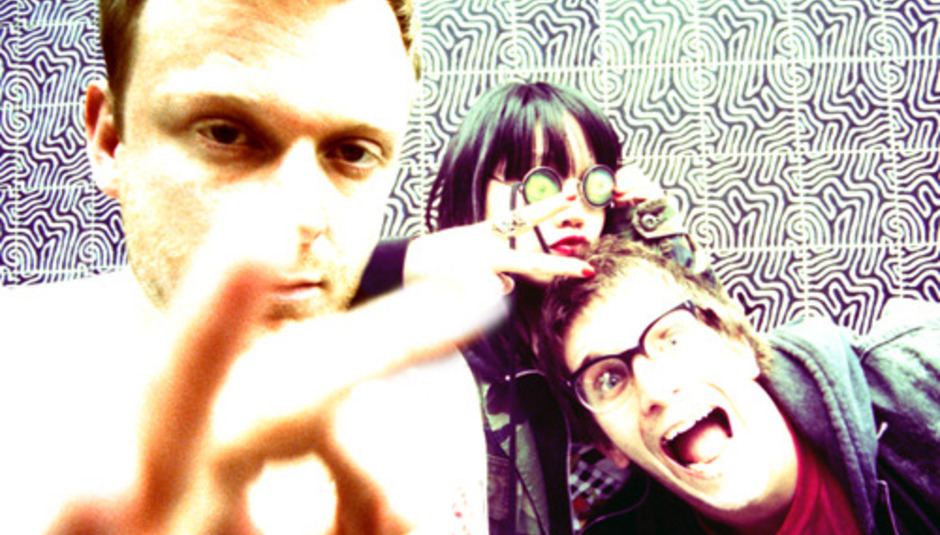 Drowned In Sound gets about these days, curating at Summer Sundae, The Great Escape, Liverpool Soundcity and, of course, our regular shows in Sheffield. However we’ve not been found loitering around Manchester since last Autumn when Health left our ears a whimpering mess during DiS’ 10th Birthday Celebrations at 2010’s In The City.

We’re chuffed then to announce our return to the North West for a monthly run of club nights after a long absence, even more so because our launch night - on Friday September 23rd - features the spikily brilliant synth assault of London trio TEETH as headliners, who'll be fresh from the release of their debut album that same week. We’ve listened to said LP and can report that it’s excellent, a brash Technicolored experience of razor-sharp electronics, pop hooks and punk belligerence. Lead-off single ‘Care Bear’ is out today on Moshi Moshi, incidentally.

Support comes from euphoric electronica duo and general DiS-favourites Ghosting Season who we couldn't turn down having heard of their recent move to the area, the pair played a packed out late-night slot at this weekend’s Tramlines Festival and support Apparat in London tonight. Completing the live line-up on the 23rd are the glitch-infused trip-hop of From The Kites Of San Quentin, a trio we’re expecting to hear much, much more from over the next few months.

The first night takes place at Kraak Gallery from 8pm-3am, with DJs yet to be announced; tickets are on sale NOW from Skiddle at £6/£5 NUS. You can also add the event to your Facebook here or Songkick or Last.fm.

To celebrate this marvellous announcement, our headliners have provided us with this week's Monday Mixtape which you can watch as a Youtube playlist here.

Perfect for a Monday morning at the office.

Everything what I feel about England right now.

‘Waiting For You’ Gross Magic

Best song by anyone ever?.

‘Bastards of Young’ The Replacements

One day we’ll make a video this good.

Replacements - Bastards Of Young - For more of the funniest videos, click here

The song goes on for 6 minutes and it ends up in a harmonica solo and a cigarette break.

This kid wrote this amazing song. He must be 8 or something.

‘I Am The Cancer’ Sloan

Best advert they ever did. Made me feel powerful. RIP MTV.