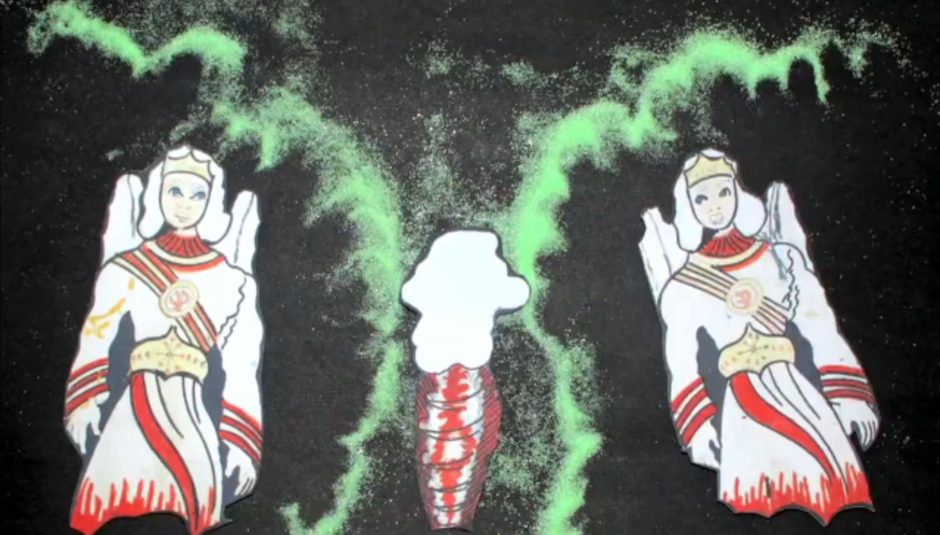 Let it be said, and it has been said, that Sufjan Stevens's live show for The Age of Adz has been nothing short of spectacular, and utterly, utterly mindblowing. It has been said a lot of times. He's quite a theatrical fellow, that Stevens. He's now made his own video. Of course he has. Anyway, it's for a track from that album, 'Get Real Get Right'.

The images in the video come from the Prophet Royal Robertson, who inspired Sufjan's music and also his documentary 'Make', which also happens to be available on DVD, if you fancy it.