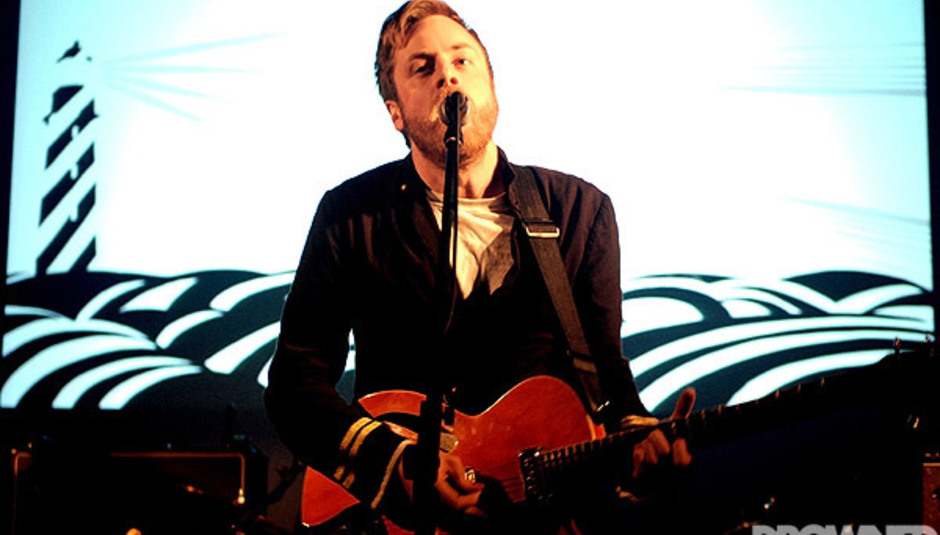 The ever prolific I Like Trains release a new single next month. 'Sirens' hits the shops on Monday 11th July as a snazzy piece of 10" vinyl and includes three extra tracks, including the brand new and previously unreleased 'Flood' plus 'A Father's Son' and 'A Kingdom You Deserve' via the band's own ILR label.

Taken from last year's He Who Saw The Deep long player, the digital package features two remixes of 'Sirens' including a dubstep version by 48k and Dave De Rose, whose previous collaborations include Roisin Murphy and Moloko collaborator. A limited edition version of the 10" comes with a special screen print of the artwork by TwoDucksDisco.

The video to 'Sirens', produced by Progress Films and shot on the beautiful North Yorkshire coast, is said to "take a dark interpretation of the lyrics dealing with the demons of a fisherman tormented by his urges, his dark fantasies and his guilt." Take a look below...

In the meantime, I Like Trains will be joined by a string section at the single's launch show on the 1st July at Leeds Brudenell Social Club. They also play the Long Division Festival in Wakefield this coming Saturday (11th June) and the inaugural Beacons Festival at Skipton on 13th August.

'Sirens' can be pre-ordered here while tickets for the single launch are available from Crash Records & Jumbo Records.