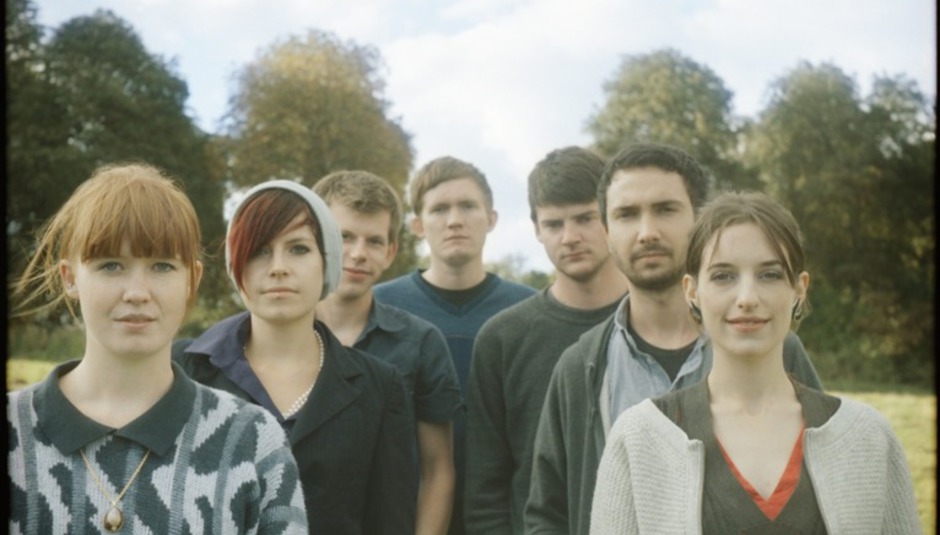 On Saturday 23 July we're once again hosting the 2,500 capacity outdoor New Music Stage on Barkers Pool – outside the City Hall, landmark fans – while the previous evening, we'll be kicking things off in intimate fashion at our spiritual home The Harley. And how!

They divide opinion (not least here at DiS towers), but your correspondent is totally head over heels. Seeing them live is like witnessing the best bits of Gang Gang Dance and Deerhoof fused together into a tribal, boundary breaking half hour epiphany.

So we heard the sublime 'Microlite', and thought 'Hmm, this is really nice – but wonder how it'll be live?'. The answer, as we found out in February when they played with Esben And The Witch for us, was absolutely vital, heartpoundingly resonant and, well, pretty darn danceable to boot.

What Wu from highly regarded Leeds rockers This Et Al did next; he made 'Specters', an excellent solo debut album that doffs a cap to the wonderful, innovative noise of Radiohead and Clinic. Played live, it's a five piece with two drummers and three guitarists (once of whom is Owen Brinley, once of Grammatics). Their debut at Live at Leeds last weekend was simply majestic.

Kind of the ultimate DiS band, really. Prominent on the boards back in the day and beloved of more-than-quite-a-lot-of-us still, Los Camp! make hyperactive, instrument laden indie-pop that's like Broken Social Scene put through a C86 filter... sorta. Come on, you know what they sound like by now: bloody great fun. First appearance in Sheffield for an awfully long time, too.

… and this lot would run them pretty close to that title, too. Again, you know the score: every one of their shows is the most fun thing ever, we've had them on more than any other band but still want to welcome them back with love in our hearts and sweat on our trousers. The outdoor festival stage is purpose built for Dana.

Whoever said rock was dead was, um, pretty damn wrong. These guys rock, they're very much alive and debut album 'Crisis Works, out soon on Wichita, is an essential purchase. Earlier in the year they gave Les Savy Fav a run for their money at our show, which tells you everything you need to know really.

Sayeth the founder of DiS himself:

“These rapscallions mix a proggy-rock sprawl with the grace, poise and a cheeky kick in yer mardy bum of indie-rock. They were fantastic at DiS' 10th Birthday party on a rollerskate rink in Sheffield (their hometown), and having just found themselves snapped by a big management company and recording their debut single at Courtyard (Radiohead, etc) they probably won't be a name you tilt your head at like Scooby Doo for much longer.”

We hope you like that little lot, and there's still plenty more to be announced across both stages. Also playing: Django Django, The Duke Spirit, The Futureheads, Josh T. Pearson, Race Horses, Rolo Tomassi, Tall Ships and Toddla T. Nice.

'Where can I get a ticket?', I hear you ask, and the answer is: you can't! There are no tickets. It's totally free. You just turn up. Simple! We strongly recommend you do, as the Tramlines weekend is always a special one. Keep an eye on the festival's new official website, and of course this one, for all the latest news.

Wild Nothing to tour UK and Europe this Summer