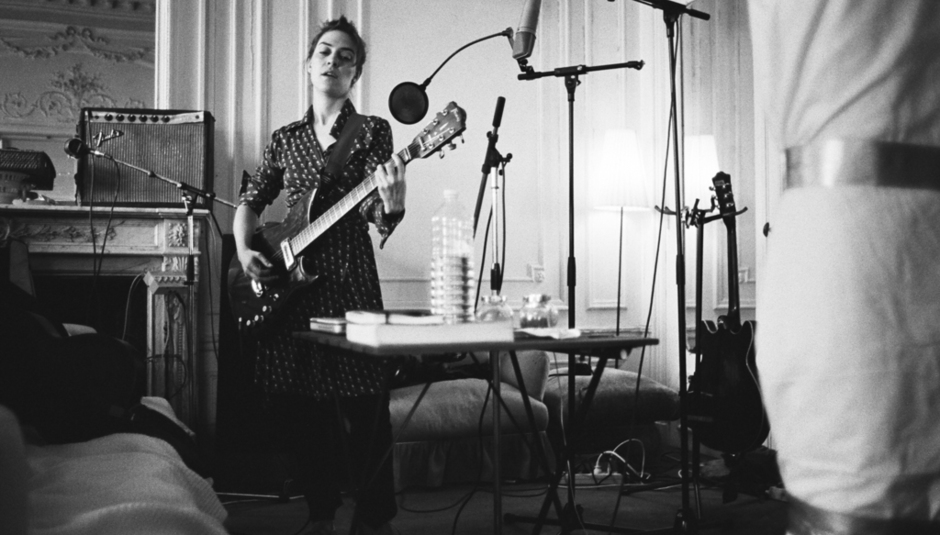 I've always thought that Leslie Feist made the correct decision in just performing under the name Feist because, let's face it, unless you are Leslie Nielsen, Leslie is not a good name. Sorry. Anyway, although it seems like she's been a bit quiet of late, there's some upcoming action on the Western Front. There's a documentary film about Feist and her cavalcade of musical partners and various other things.

It's called Look At What The Light Did Now and comes out on December 6 and will be released on DVD with a collection of Feist's music videos, live footage and a 13-track bonus CD, which includes Gonzales covering some of her tracks. The film itself has been directed by Anthony Seck and produced by Jannie McInnes and Anthony Seck (again). The collaborations featured include Chilly Gonzales, Clea Minaker, Simone Rubi and Patrick Daughters, amongst others. Cover below: Anyway, we're giving away 5 pairs of tickets to one of the screening parties, which takes place in London at the ICA this Friday evening, December 3. To be in with a chance of winning one of these pairs, simply post "FEISTY!" in the comments section below, or via Facebook, both will be accepted.

The competition closes at 1630PM on Thursday December 2 and winners will be chosen at random and notified via their chosen means of entry - either via PM on this website, or via a personal message on Facebook from myself.