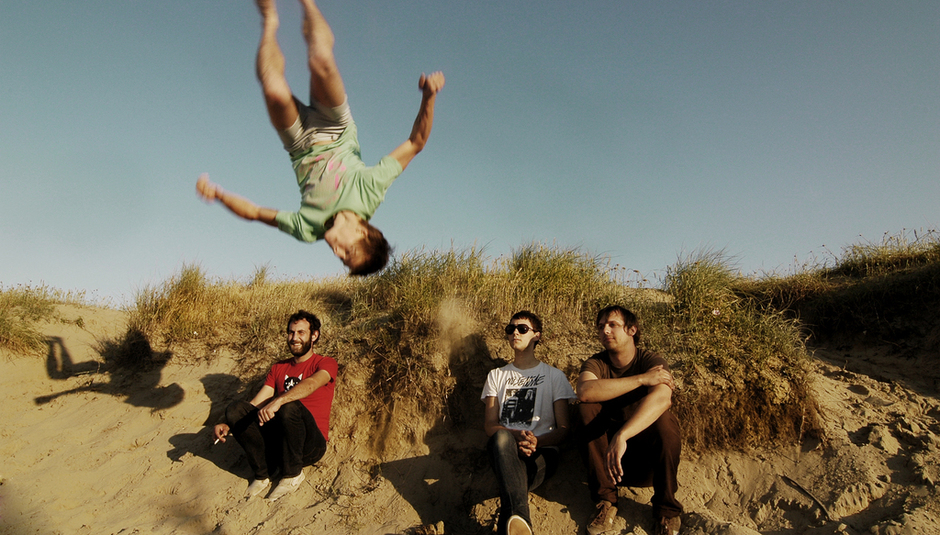 Women have already released another fine album this year, following on from last year's self-titled debut. It's called Public Strain and we reviewed it here, giving it 8/10. A deserved 8/10, if only for 'Eyesore', which is stupendous, in every sense of the word. That has already been given away as an MP3, and can be found here.

Now there's another track available to download, as well as some one-off show news from the group. The track now available for download is called 'Narrow With The Hall' and can be obtained by clicking your mouse here. Lovely stuff, as they say.

The "show" news is that they've just confirmed a date at new, hot and happening London club XOYO. That'll take place on December 7 as part of a larger European tour which sees them visit Sweden, Norway, Netherlands, Belgium and a few other places on "The Continent". Etc. Let us remind you once more what a thoroughly GREAT song 'Black Rice' is, with a video. If anyone works out the lyrics, do let me know. You can probably find them on the internet or something.