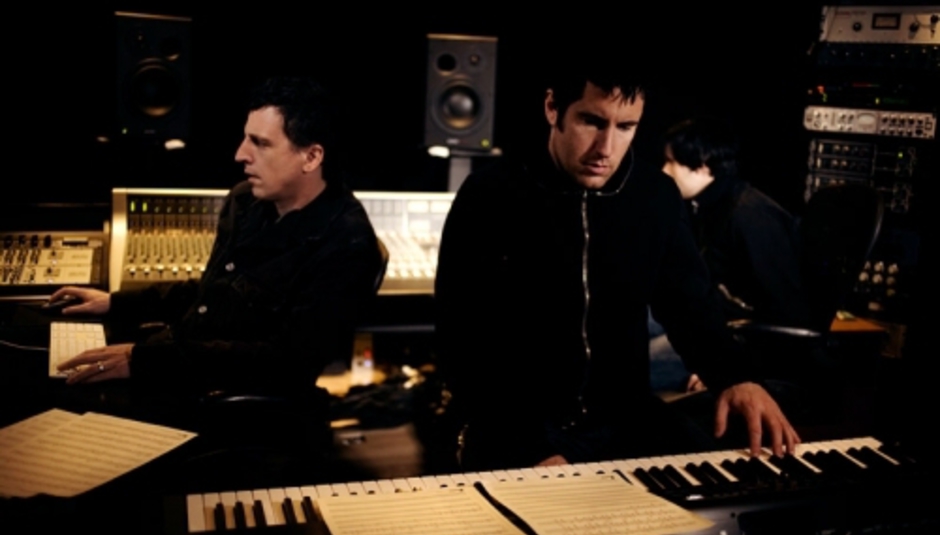 Ahead of the UK cinema release of The Social Network this Friday, DiS was lucky enough to grab twenty minutes on the phone with Trent Reznor, who soundtracked the film with Atticus Ross.

The full interview is here and ahead of it going live, we ran this quick excerpt with his thoughts on Facebook...

DiS: You’ve said in a few interviews that “Facebook sucks”, is it the abundance and cheapening of friendship - and love, as outlined in this recent piece by The New Inquiry - or something else that you don’t like about it?

Trent: I said that in passing. But that said, in the age of over-sharing and hyper-real versions of people presenting and representing themselves on the web, that if as many people really listened to Joy Division as list them on their Facebook page, Joy Division would be bigger than U2. That sense of, here’s the books I’m supposed to have read for the social archetype I want to fit into, so I’ll portray myself this way. I've seen that with people I know in real life, and I check them out online, it’s not always the same person.

DiS: Is it the falseness of it you don’t like?

Trent: I think the falseness is part of that. If you’re presenting yourself as false and you’re meeting people through the internet who are also portraying themselves not as they really are... I guess I’m just coming from an older school of: when you met people you met them. Whether you spoke to them on person or talked on the phone, when you interact with them it would be a real person and not some avatar of themselves.

When I was referencing Facebook, I was talking about the idea I was referencing the idea of the social network. Facebook is a good idea, I guess. Certainly, I don’t really use it that much but it has got me and closer to people that I hadn’t been in contact with that I actually know as real human beings, so that’s good.

As far as the concept goes, I don’t think it’s actually executed that well. The layout's kind of foolish and the processing is terrible, as a tool. When I see the media heralding Zuckerburg, putting him up on a pedestal of genius and mentioned in the same breathe as Steve Jobs, I highly disagree with that. He was in the right place at the right time, with a functional tool. I think if something came along doing what Facebook does and was just a lot better at it, then, well, most people use Facebook because everyone’s on Facebook but then you see how quickly Friendster and MySpace crashed. But as a tool, it’s OK.