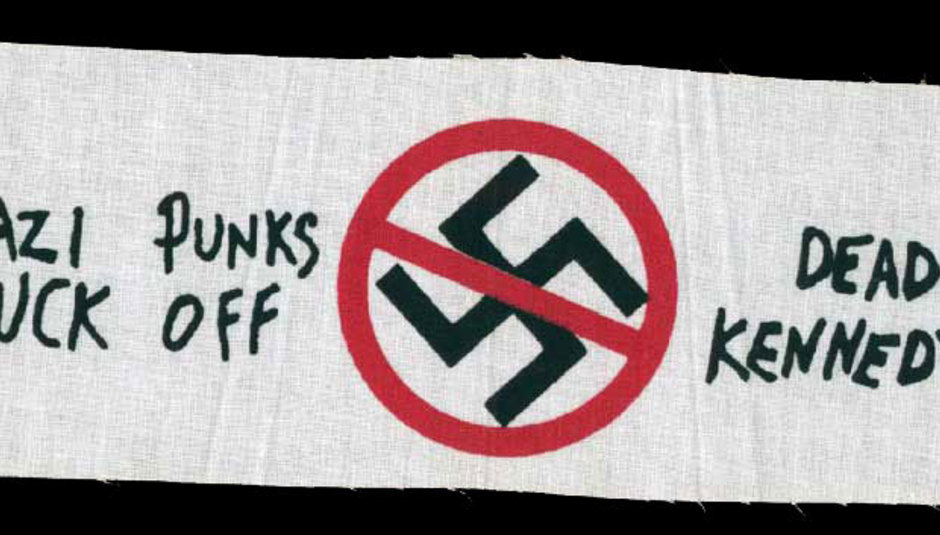 First things first. This is not anything to do with us - though we are happy to promote it. Our friends over at The Quietus have come up with a novel idea to help "celebrate" The Pope's visit to the UK. It's a state visit, let's not forget. They basically want you to re-record the classic Dead Kennedys track 'Nazi Punks Fuck Off', but change the lyrics to 'Nazi Pope Fuck Off'. More details on that here.

The gist is below, however:

Do you fancy your band appearing in an Escape Velocity feature on the Quietus? Well all you have to do is record a cover version of the Dead Kennedys' 'Nazi Punks Fuck Off' and get it in to us by Monday morning.

There's one catch however; the lyrics must audibly say, "Nazi Pope, fuck off!"*

Normal terms and conditions apply. All entries must be received by Monday 8am, GMT. John and Luke's decision, which will patently be ill-thought out and display a shocking lack of good taste, will, nonetheless, be final.

And for the record I'd like to say the selection of song title is joke and should be taken as such. There should be no stigma attached to anyone having been in the Hitler Youth. Most young people in Germany of that generation were members and it was far from an unusual thing. Speaking as a child who was hoodwinked into joining the cubs at the age of eight, I certainly would have been a member if the boot were on the other foot. (I'd like to extend a sincere apology to MB, GS and all other friends of the Quietus who had relatives who were in the Hitler Youth, I'm sure they know what we're driving at.)

The prize? You get featured on their website as part of their Escape Velocity series. Worth a go, ennit?