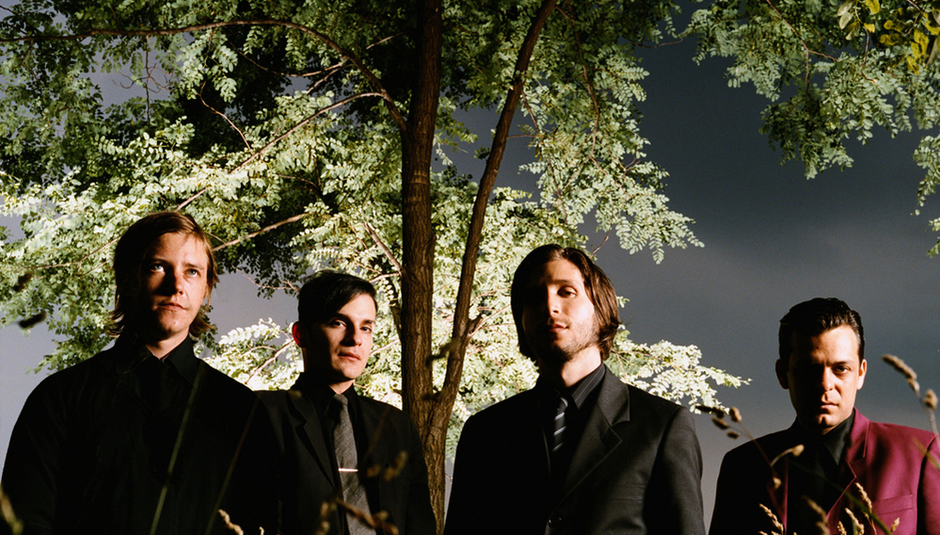 The Interpol album bandwagon is exceeding in its pace. Last week the release date was put forward and a video unveiled. This week the tracklist has been revealed, as well as a little shot of the cover art (via Pitchfork).

On the pre-order page for the band's self-titled record on Matador's website, there's an image of what we assume to be the front cover. It's relatively small at the moment but looks something like this: I'm kind of hoping it isn't the proper cover art because a) it's total rubbish and b) it's total rubbish. Never mind, eh? 2010 is the year of the 10-track album, and Interpol have followed suit. Here's what track titles they're offering, all of which are much better than the front cover.

Interpol's fourth and eponymous LP comes out on September 6. Click below to watch the new video for 'Lights', which came out last week.