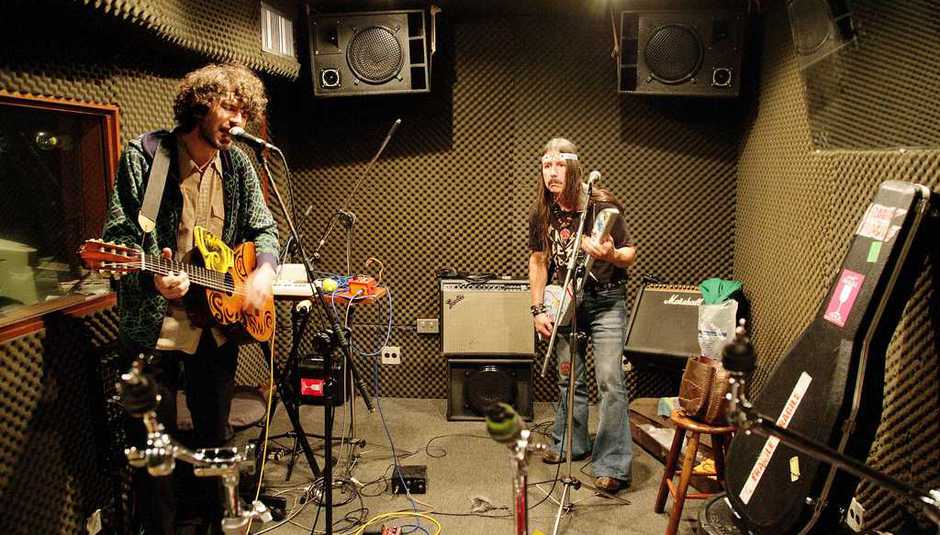 Watch: Gruff Rhys & Tony DaGatorra - 'In A House With No Mirrors (You'll Never Get Old)'

When we first heard of Super Furry Animals man Gruff Rhys' new project, we were more than intrigued. Partly because it was another venture from a man who has produced many a fantastic album and secondly because he was collaborating with a bloke called Tony Da Gatorra.

Gatorra is a man who is famed for playing an instrument known as 'The Gatorra', which was incorporated into the album's artwork. You can view that here. It was all a bit...cosmic. Anyway, aptly enough their album is called The Terror of Cosmic Loneliness. There's now a video for a track from the record, which can be viewed below. I think the visual match up perfectly with the actual sound. Don't you? WARNING: Contains strobe lights.

Gruff and Gattorra (with the Gatorra in tow) play a few shows at the end of July: