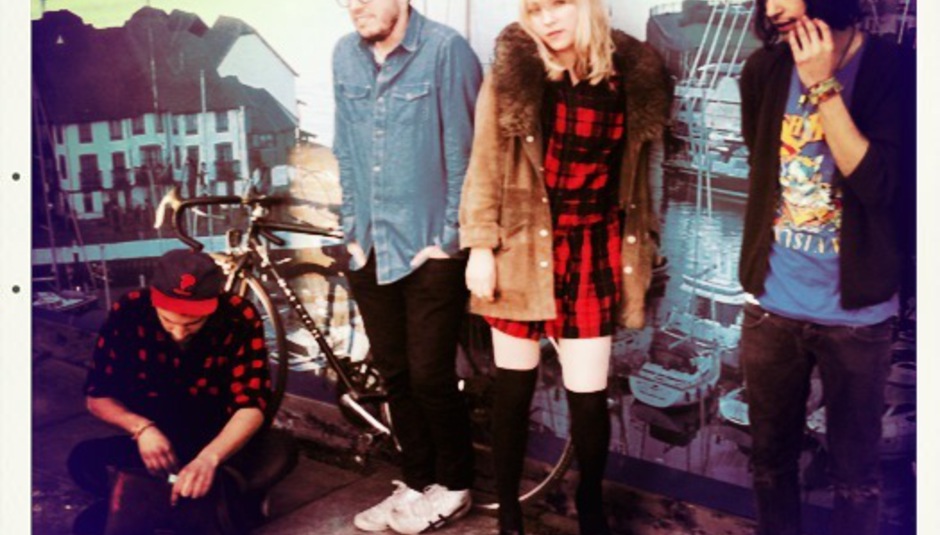 You'd be forgiven for thinking that Thomas Tantrum was a male solo artist with a very bad temper. Actually, that's bollocks. You wouldn't be forgiven by anyone of sane mind for that. No way. Anyway, it's not, as we all should know they're a Southampton four-piece who play infectious guitar-pop and release their second record in September.

We've (well, SoundCloud...) got a short slice of it for you to download or to stream or indeed both. It's for 'The Last Kiss' and can be accessed and obtained by clicking on that player below, down there. Yes, the one that's all in line with the general DiS colour scheme. Or close enough. You can also get the track directly from here.

The Last Kiss by Thomas Tantrum

This one's a bit more Sleater-Kinney-esque than I remember them previously being. This is obviously a good thing. The band don't have many tour dates upcoming BUT they do play a headline show at the Lexington in London tonight. Which is quite short notice but, y'know, it's fairly central and that. If you're in the area...