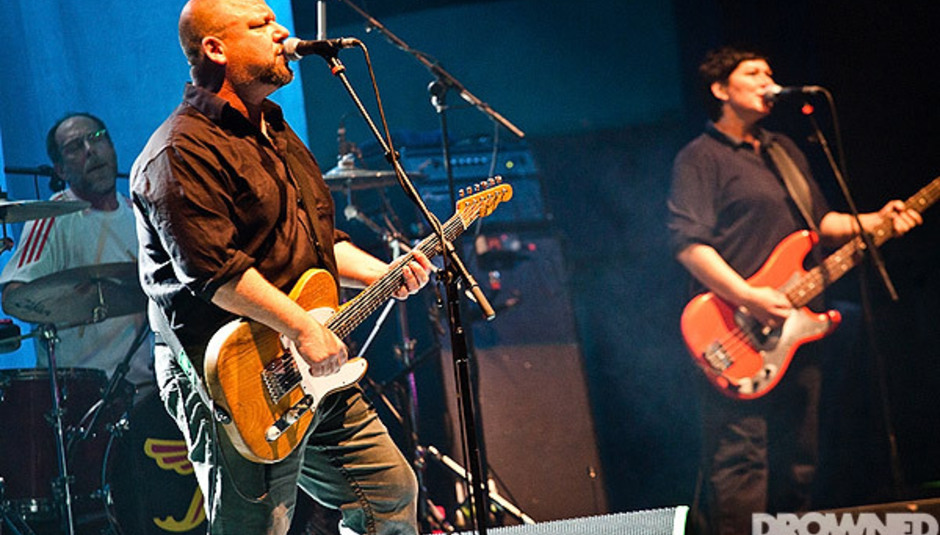 Several high-profile bands have cancelled shows due to take place in Israel, following the Israeli military's raid on the Gaza flotilla on Monday May 31, the Associated Press reports. A bad time to be an Israeli indie music fan, it seems.

First up Pixies cancelled their show in Tel Aviv, after being due to play as part of the Pic.Nic festival on June 9. The band released a statement, which said:

"The decision was not reached easily. We all know well the Israeli fans have been waiting for this visit for far too long. We'd like to extend our deepest apologies to the fans but events beyond all our control have conspired against us."

According to The Guardian, Shuki Weiss, the promoter of Pic.Nic has asked the Israeli authorities to aid the situation and to "fight against those who are doing everything they can to prevent artists from performing in Israel." She added: "We can only hope for better days, in which we will finally present the long-awaited visit of the Pixies in Israel".

Elsewhere, Gorillaz and Klaxons also cancelled appearances at the festival, but didn't give any reason as to why, though one can make an educated guess at the very least, and that is indeed what AP report as the reason. Other British bands such as Placebo did continue their scheduled shows, and Editors plan to do similar.

Elvis Costello, however, pulled out of shows before this happened, stating the following reasons:

"There are occasions when merely having your name added to a concert schedule may be interpreted as a political act that resonates more than anything that might be sung and it may be assumed that one has no mind for the suffering of the innocent... It is a matter of instinct and conscience."

DiScuss: A good act and high time it happened? Would performing in Israel be tantamount to tacit consent of the regime's actions? What has changed now - was there not enough wrongdoing beforehand to warrant not playing in Israel a la Costello? Will and should this sort of thing continue?