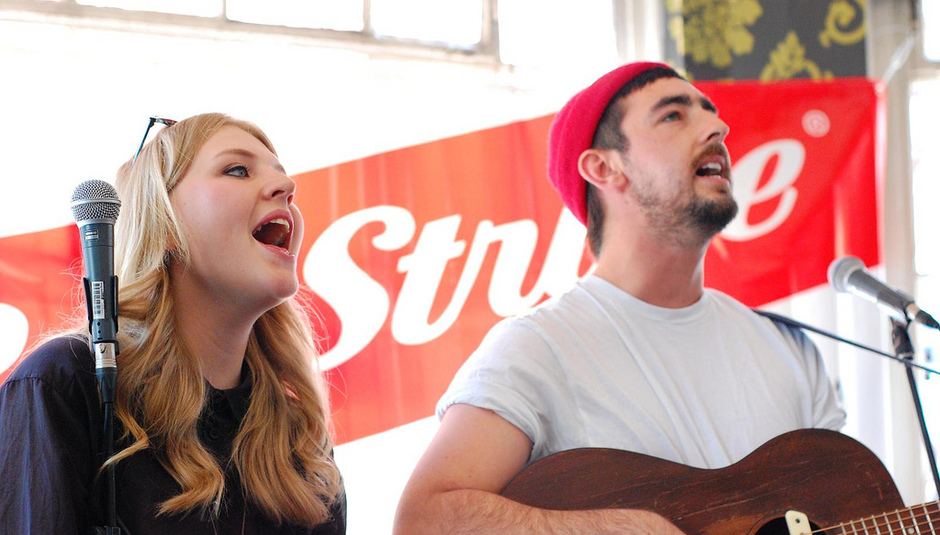 Sheffield folk-rock duo Slow Club released a single yesterday through Moshi Moshi, called 'Giving Up On Love', the video for which, I hope you remember, starred Mackenzie Crook sitting on a Ferris Wheel looking very shifty indeed. Watch it below, if you're interested. They've also just started their UK tour, which takes in these dates, with various support slots from the likes of Summer Camp, Spectrals and Veronica Falls.

To celebrate all of this, we've got a free download from Rebecca and Charles to give to you...and whoever else wants it. It's a version of 'Willow Tree' (originally by Chad Vangaalen), which is the b-side for the current single, listed above. It was recorded in a hotel room at SXSW, back in March. You may have been there. I wasn't. Charmingly (or should that be CHARMingly, as in 'harmony') lo-fi, I'll think you'll find. Listen to and download it below:

And now, that video for 'Giving Up On Love' starring Gareth from The Office.