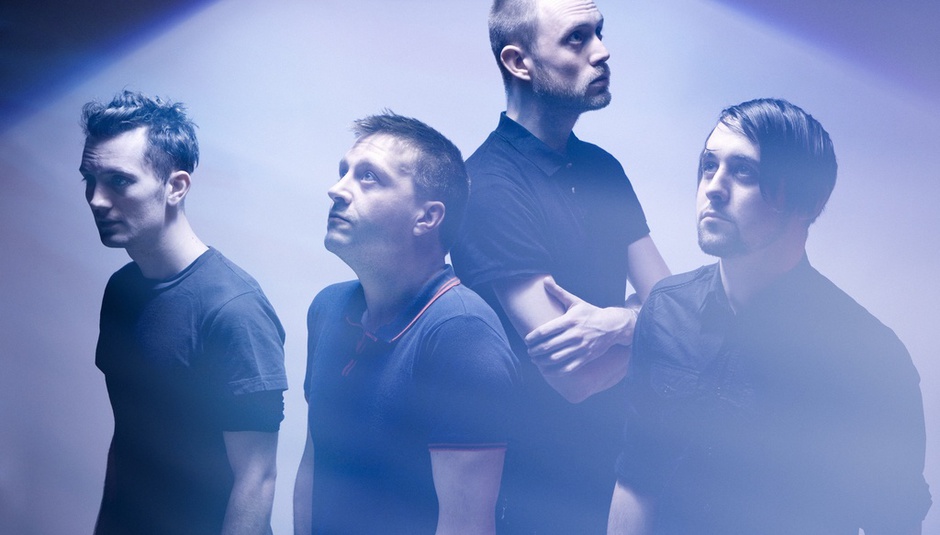 The band sent us over some exclusive video content for their takeover week, including some very special live versions and an interview with Josh Pearson.

We've played Amsterstam Paradiso a bunch of times and it's always great to the point of 'crucial'. We haven't quite graduated to the big room yet, but the small one keeps selling out. The backstage for both rooms is the basement. Last time we played there Ziggy Marley was in the big room and it was like somebody had left a smoke machine on down there for several days. This time there were a load of SERIOUS jazz cats wandering about and we found a battered, out-of-tune piano in the corridor.

We have never performed 'Music is Music Like Devices are Kisses is Everything' live before until this moment. You can see why.

In case you can't quite work tell what it is, Joe is playing an amp that is hidden inside a cigarette packet. He sometimes hides cigarettes in his amps.

Back in 2009 we went out on tour to test out some of the new songs, to see if they were album-worthy. We flew out to Russia in May and had one of the most chaotic and memorable few days of touring we have ever experienced. The first show was in Yekaterinburg, 'The Gateway to the Urals'. It's only a few hundred miles away from the border of Kazakhstan. IT'S A LONG WAY AWAY. Because of crazy Russian airport security and Moscow traffic, by the time we got off the second plane and were being driven to the venue in Yekaterinburg we had literally been awake for 30 hours and were late for soundcheck. We were expecting a small club gig, perhaps 200 capacity, but instead we were greeted with a packed-out warehouse party, just for us. The music piracy systems in Russia are incredibly efficient so although our records have never been available there, we had a thousand or more hardcore 65kids waiting for us to bring the party. MTV Russia were there too, with big cameras on cranes. This is us playing what later became 'Crash Tactics'.

We've known Josh for a few years now. Joe met him through some friends in London and then we asked him to join us on tour when we released our third record. Prior to catching up with him in Paris, the last time we met him was in Dallas, on the grassy knoll where JFK's secret assassin took aim (or didn't) and he took us to a bar which was two trailers soldered together. Back and to the left… Joe asked him if we could film them in conversation. He said we could, as long as he could film us too. Josh is an incredibly funny and eloquent man, and Joe isn't, as reflected in this interview. If anybody reading this has met Josh, you'll probably have been hit with an intangible feeling, weeks or months later, over your cornflakes or something, that you hope he's doing okay. Here he is, doing okay, for all us sinners.