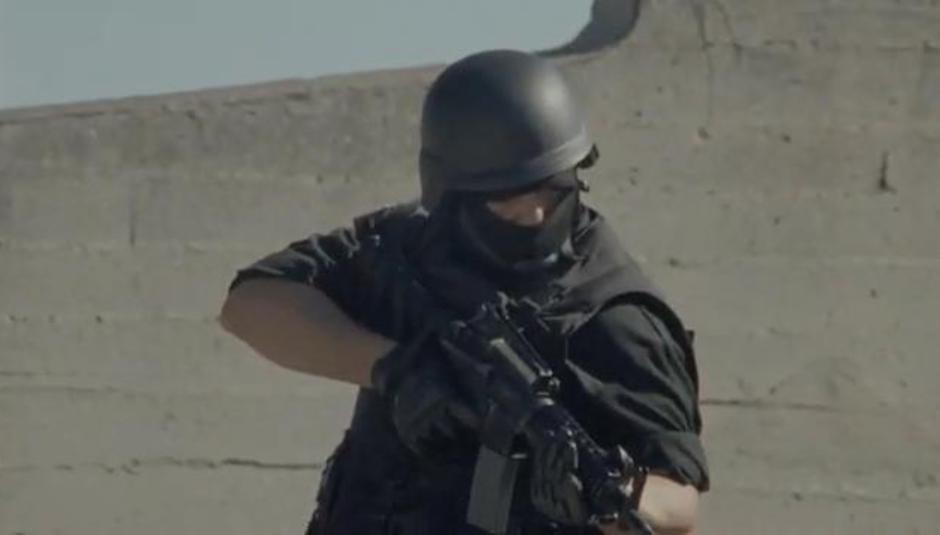 Hey look! M.I.A has a new record out quite soon. She announced this via an airship at the world famous Coachella festival. The news was that the record would be out in June, which amounts to good news, I'd say.

The important update to proceedings this morning is that there's a new video out for a track from the record, 'Born Free'. It's an epic, at over NINE minutes long, much like that Lady GaGa and Beyonce video. But does it anywhere near capture the brilliance of it? We shall see. It's a track that has had a bit of exposure in very recent times, so you may not be surprised at the audio. You will also be unsurprised at the fact that it is also fairly political.

As we can't embed the video - directed by Romain Gavras - we've provided a screencrap, just to fill up space, really. You can watch the video on YouTube by clicking here or in full-effect fullscreen by visiting M.I.A.'s official webspace. We will have to warn you, there are sexual scenes from the off and towards the end it all gets slightly gory. But still, worth a watch.