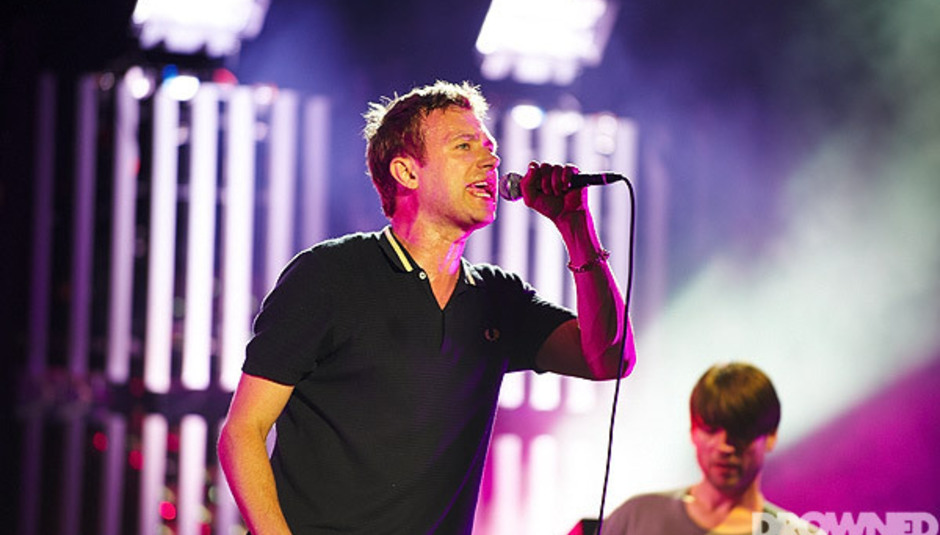 Following in the wake of the news that Graham Coxon and fellow Blur band members ate cheese in the altogether...together... we have news just in that Blur's new single, to be released in conjunction with Record Store Day, has a name. And a sleeve. You can't really call it art, because it's not. But it's still niiiiiiice to look at.

Only 1,000 copies of 'Fool's Day' - that's what it's called, ennit - will be on sale. In stores across the whole wide UK, as a celebration of the aforementioned Record Store Day, more details of which can be found here.

As the statement on their website points out, 'Fool's Day' will be released as a limited edition 7" vinyl on April 17 through Parlophone. It was recorded in London earlier in the month and is the first track that all four members of the band have recorded together since 'Battery In Your Leg' from Think Tank, which took place in 2003.

Blur advise you to do something for Record Store Day:

There's an awful lot going on for it. You could do worse than have a goosey gander a the happenings across the country and indeed the world. In yet more Blur-related news, Parlophone's head has he'd like the band to record a new album.

"I just hope that from hearing a song like this [Fool's Day] that the band feel there's more in them. We certainly do as a label, and I'm sure when fans hear this they’ll think the same."

We'd have to hear the single first...

You're So Grate: Graham Coxon talks about eating cheese in the nude with Blur