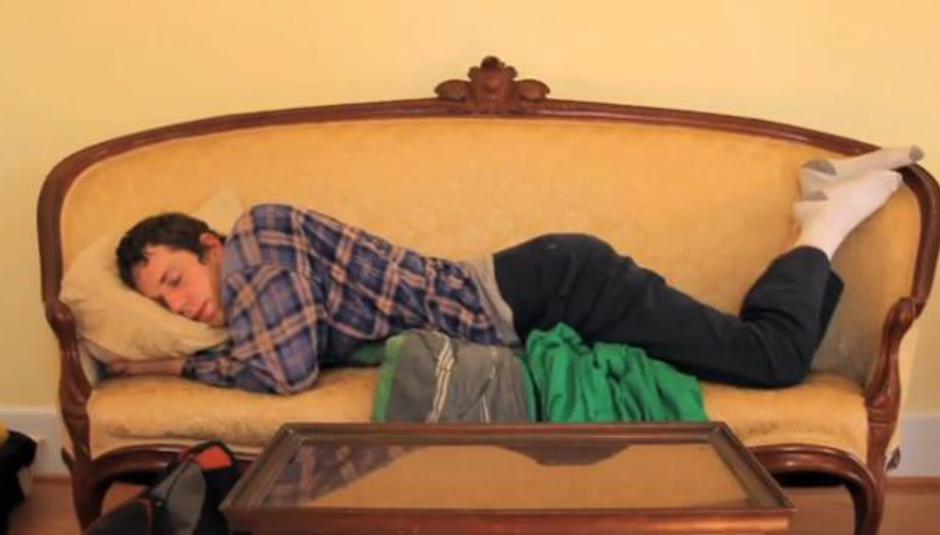 Hmmmm. We did mention overload when we ran that HEALTH video earlier yesterday, but since our back-end was totally ruined all of Monday we've had little else to do other than dunk biscuits into ever-increasing cups of tea and b) watch plenty of music videos. Some from people we like, some frome people we dislike. So apologies if you feel overwhelmed. Still, better than reading about Supergrass splitting up isn't it? I'd imagine that felt similar to when the news came round that Michael Foot had died to many of you.

Anyway, to the issue at hand, which is the video for the quirky Future Islands' 'Tin Man', their current single from their new record. We raved about this track when it was made available to download for free. We liked the vocals more than anything, mostly for the fact that they made us think of Brian Blessed and secondly for the fact that they were singing about such fairytale themes. Though the Blessed-ness was the primary factor, we admit.

The video for that has now hit the interweb, specifically over at Pitchfork, who I hope don't mind me borrowing the embed code for the video. Too bad if they do, really.

Anyone else really want to be in this band?