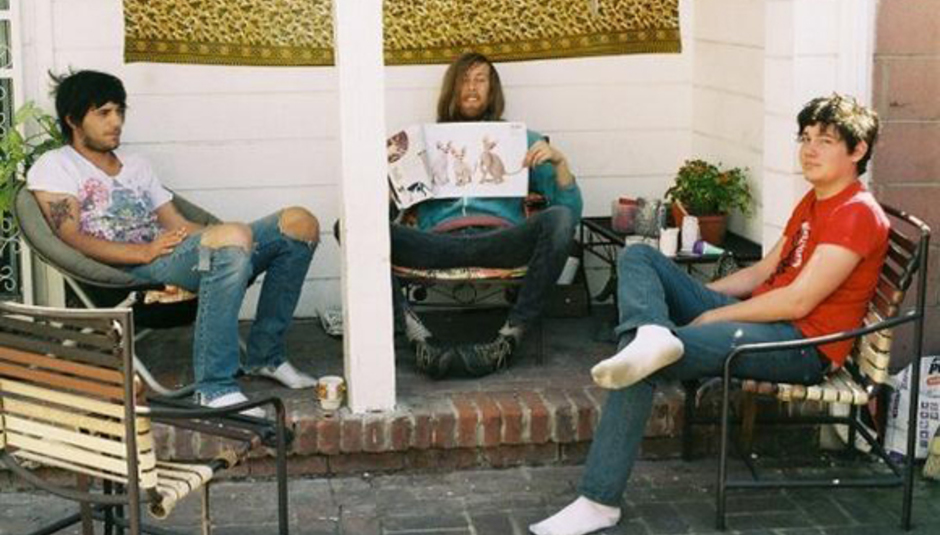 The single has changed an awful lot over the years, from the 7" platters of decades gone by to the digital freebies which permeate the musical landscape quite frequently these days. The latter is what the trio known as Ganglians are offering.

The track? It's called 'Candy Girl', not to be confused with Madonna's 'Candy Perfume Girl'. It strolls along at a leisurely pace, lo-fidelity guitars and reverberating vocals making up the mainstay. It's released today through Berlin's Souterrain Transmissions and you can listen to and download it via the medium of an embedded SoundCloud widget below.

Though, it appears, you can't actually download it from there. So click here instead. They release a full-length LP on May 10, entitled Monster Head Room. They'll be touring the country to support that, as well as playing at Spain's Primavera festival in between two UK jaunts. Dates below: