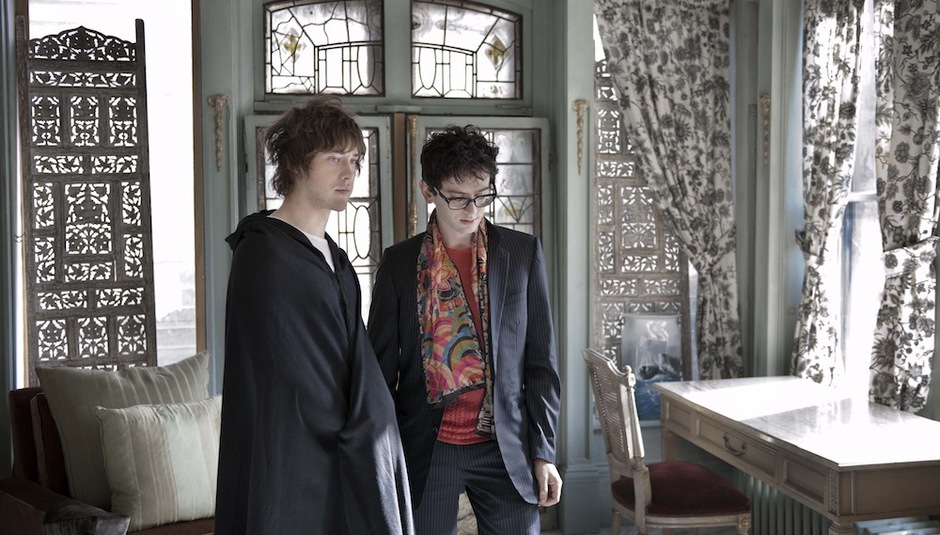 Last week synth-pop duo MGMT got so annoyed by the leak of their new record, Congratulations, that they ended up streaming it themselves on their own website. Those of you who are interested in/fans of the pair will have most likely given it a few spins already and, as a consequence, should have decided that 'Flash Delirium' is one of the better tracks to be found.

It makes sense, then, that they'd choose it as a single and would go to the trouble of making a video for it, something which was released into the wild this morning. It involves hella old people and, in my book at least, pop music videos are increased sevenfold by the introduction of anyone over the age of 65, providing the dribbling is kept to a minimum. Unfortunately, for creepiness reasons, said pop music videos' quality tends to dramatically decrease with the appearance of ventriloquist dummies which, to my horror, crop up about half-way through.

Congratulations will get a proper release through Columbia on April 12 and is the follow-up record to 2008's Oracular Spectacular which nearly managed to live up to its name. A few more details about it can be found here.