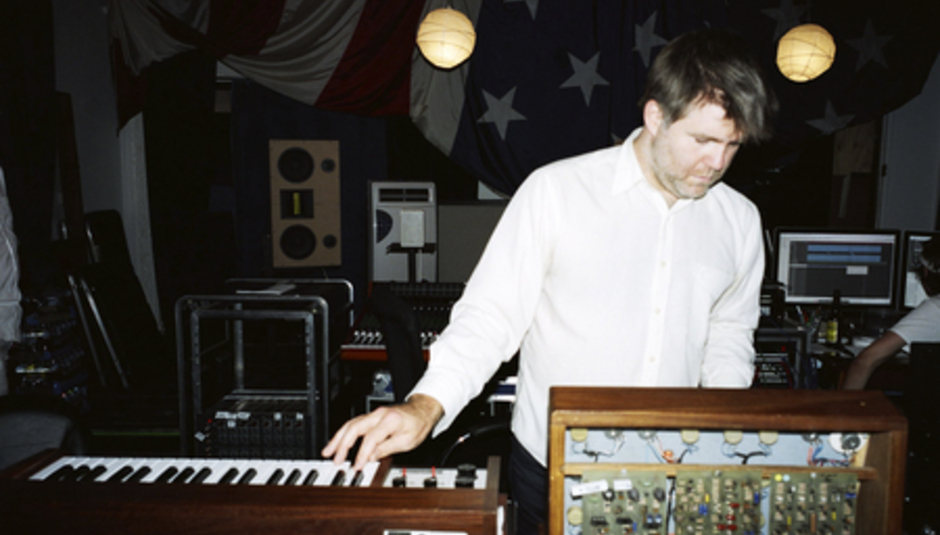 Yeah, this has been floating around for a good few hours right now but due to a combination of factors (one of them being spending far too long on a FCC train sans internet connection and any available seats) we're only just getting round to it.

So, YES, there's a new LCD track 'out', called 'Drunk Girls' (yes, really). Parlophone have now uploaded an official version of the new LCD Soundsystem track onto their YouTube channel, cutting the 'bootleggers' off at the...neck? You may have also noticed that we ran our First Listen of the untitled LCD Soundsystem album. You may have even read it.

In his assessment, Chris Power said of this particular track:

"A short glam stomp with some distinctly Ziggy-era Bowie-style harmonising taking it into the chorus, 'Drunk Girls' is the only song on here that isn't in the six to nine minute bracket. The deliberate single, in other words, which probably explains the knowing obnoxiousness of the lyrics. Arriving on the heels of 'Dance Yrself Clean' it feels a little throwaway on the first go round, but it's got enough swagger about it to suggest potential as a grower. At the very least you can pogo to it drunk and repent at your hungover leisure."

Guess you're smart enough to make up your own mind, though. So do it.