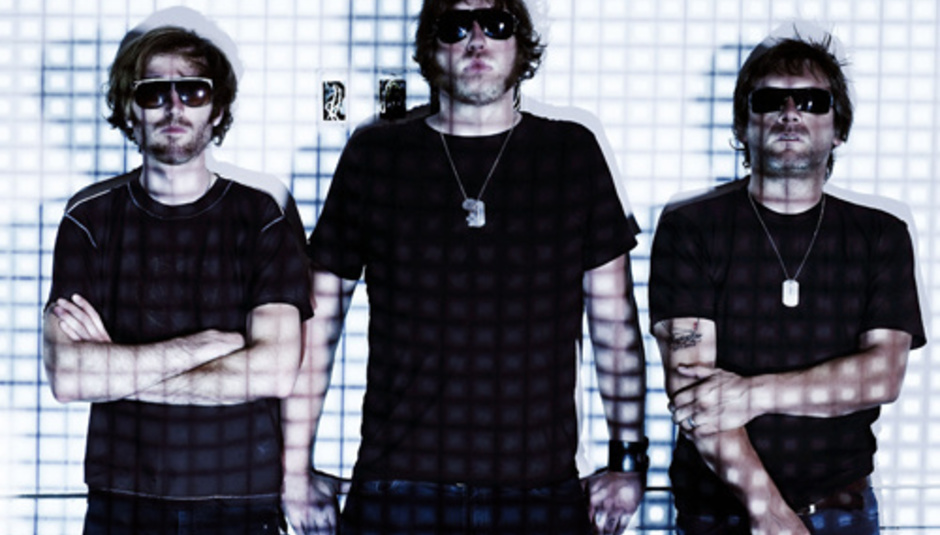 New York's noisy trio A Place To Bury Strangers have a new video, this time for 'Ego Death', which is taken from their 9/10 rated 2009 LP - Exploding Head. In describing this particular track, Dom Gourlay used the phrase "the band's penchant for carving industrial dogma into elongated slabs of white noise...", a turn which I like greatly.

The video is a lot easier to watch with sunglasses on, I'll say that much. Or just dim the backlight on your screen because it's all mental on the high contrast. It's also - as ever - the sort of track which heightens the ever-present ringing in your ears. Some say this is a good thing.

As you'd expect, there is an extensive tour, currently in Europe. They come to these shores at the beginning of May, though, to play at these places on these dayes: