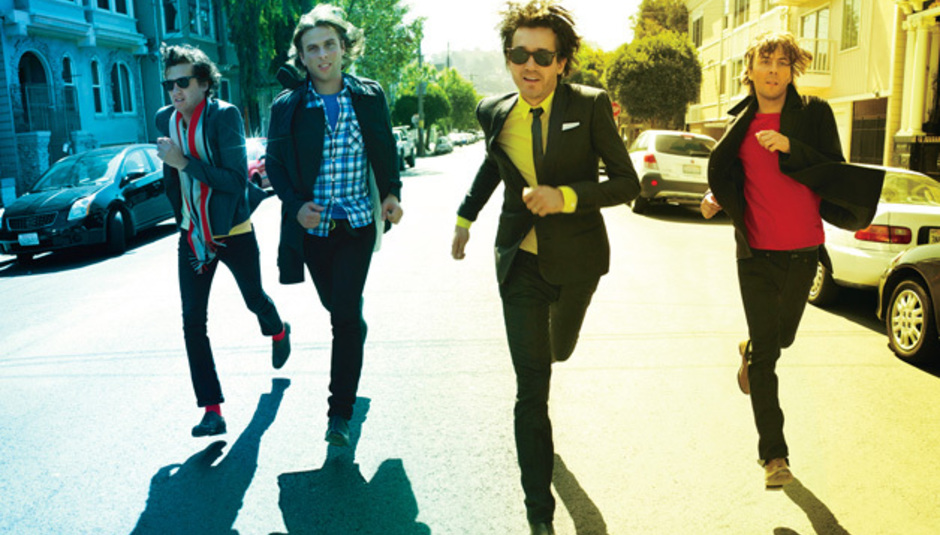 French favourites Phoenix are to release a free live album, to download, taken from a performance in Sydney, Australia some time in the not-too-distant past (via TwentyFourBit). Oh, it was earlier this month, apparently. Yes, it's the same one they were giving away at The Guardian, but it's available elsewhere now.

The download features all tracks from last year's Drowned in Sound Album Of The Year in Wolfgang Amadeus Phoenix. Aside from 'Countdown', that is. It won a Grammy, too, but you ask them which one they were more happy with. Yep, the Grammy. Oh well...Here it all is in list format:

It's available from their website and you don't even need to do anything to get it, apart from CLICK. And own a .zip file extracting piece of software, but that should be taken as read, really.

The band are currently off on a European tour, before heading to North America to showcase their work. They do play two dates at Camden's Roundhouse on March 29 and 30 next week, though, but both of those dates are predictably sold out.

Watch: A Place To Bury Strangers