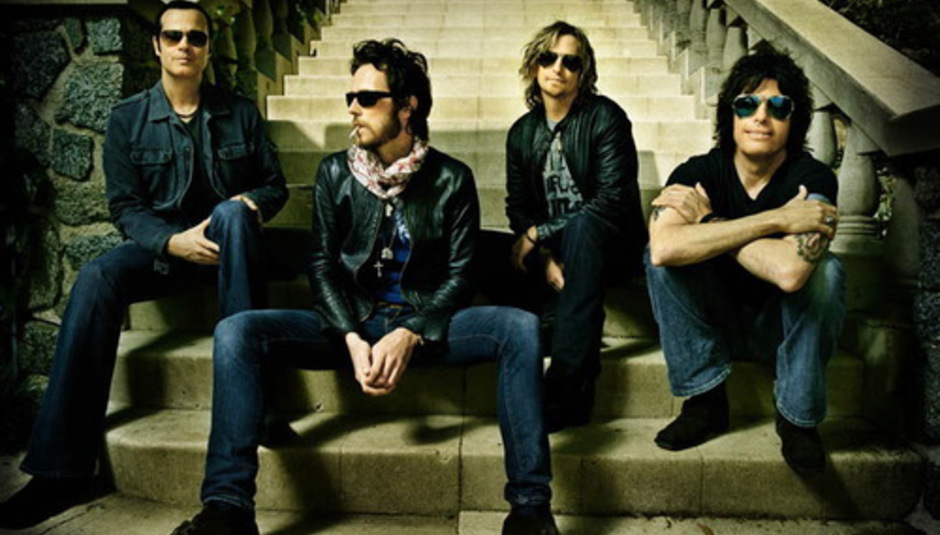 Woah! The Stone Temple Pilots got back together?! Apparently this happened a whole TWO years ago, but there's a decent chance it slipped under your radar, for a variety of reasons, I guess.

So. They reformed and now they're going to - for definite - release a new record this year, their sixth studio album in total, and the first since 2001's Shangri-La Dee Da. This one will be self-titled and released on May 25ish.

More to the point they, or rather their label, Atlantic Records - with whom they've had a quarrelsome recent history - are giving away a track from it, the album opener and lead single 'Between The Lines'. You may be interested to listen to it below, to see if it's any good. I am going to reserve judgement for now. But what do you think? Don't hold back now! I think it's about 'drugs'.

Stone Temple Pilots - Between The Lines  by  Atlantic Records

Tracklist and artwork for Stone Temple Pilots below. What They Gunner Do? Jay-Z an Arsenal fan, apparently