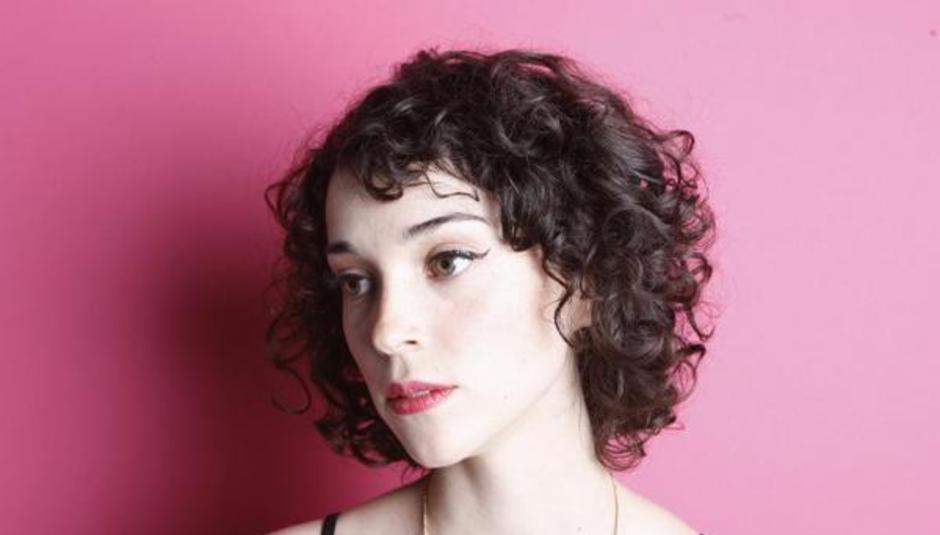 Encouraging news, collaboration fans. St. Vincent or Annie Clark OR St. Vincent's Annie Clark is working with David Byrne on new material, as revealed by the man himself in his latest blog post, entitled 'Collaborations' (via Pitchfork).

Byrne sat in with Clark at her show at The Allen Room in New York on Friday, along with Bryce Dessner from The National and Bon Iver (not from The National). The whole post is quite detailed, so I'll just stick the important bits below for you to pick through:

"At her suggestion, we did a song we’d been writing together, one of about 8 or so. Our collaboration was partly inspired by the Dirty Projectors/Björk thing at Housing Works many months ago that we both attended. We agreed to do something similar there, though there is no timetable."

"Annie (her real name) has been on tour, on and off, for quite a while, so the collaboration proceeds in fits and starts. It was a good idea of hers to get at least this song up to speed, as it gave us a deadline and allows us to see where problems and musical issues might lie."

...and one for studiers of 'sound' and musical arrangement. Byrne does go into great depth about the whole process - specifically and generally - which provides a lot of insight. His studio isn't the tidiest, but it seems to do the job.

"Annie also came up with the concept of using a brass ensemble as the core band for these things, which gives us a unifying musical direction and coincidentally will also work nicely in someplace like Housing Works, where the “less in the PA the better” rule applies — the acoustic volume of brass instruments means that if we are careful, the balance in that room could be natural, and mainly the voices will require amplification."

So perhaps don't expect to see or hear any properly released material in the VERY near future, unless you happen to catch them live, that is. Which you can do, sort of, below, by watching videos of their performance at the Lincoln Center together earlier in the year.

Watch: The Worst Attempt At A Viral Campaign...Ever