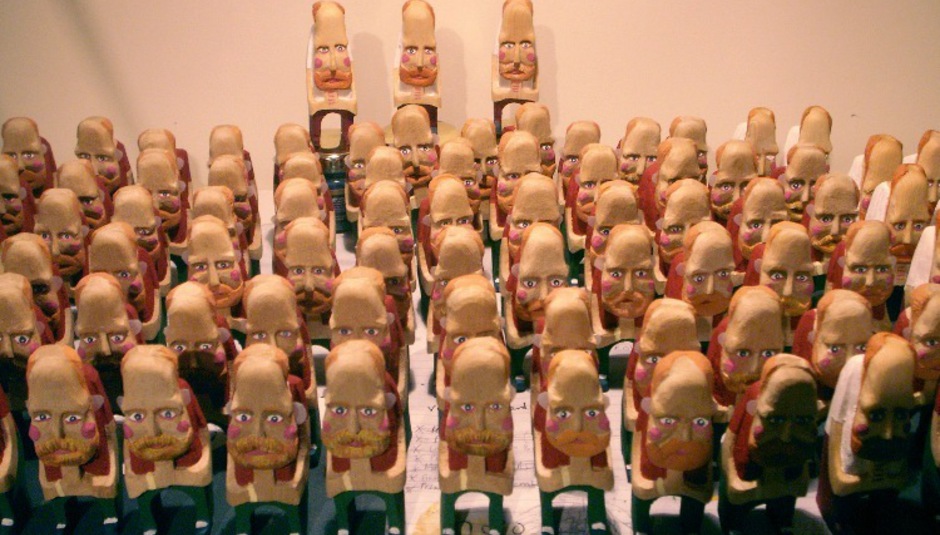 Ever wanted a novelty bottle stopper? Perhaps in the shape of a famous bearded melancholic Americana exponent, and one of the finest artists of the last decade or so. Well, you're in luck! Because Will Oldham, a.k.a Bonnie 'Prince' Billy (and any other pseud-you-like) is unleashing unto the world a very limited edition version of this very accessory, made in the form of the man himself.

The reason? To celebrate the release of the new record, The Wonder Show Of The World, recorded under the name Bonnie 'Prince' Billy and The Cairo Gang. How limited? There's only 150 of them worldwide, so incredibly so. Every one was made by the fair hands of artist Scott Millar, and thus each is unique. Entirely. Obviously, because you can't have degrees of uniqueness.

UPDATE: Images are back! Here is where we'd normally show you an image of them, but seeing as we can't do that right now, you're just going to have to click here and have a butcher's. Slightly scary, aren't they? I think I'd rather have it as a desk companion than anything else, just to be able to look there during the hard times and remind me that Billy will always be around and a beard to cry into, rain or shine.

You can pre-order the bottle-stoppers from Domino Mart, by clicking here. Anyone ordering one will be sent an e-mail to download the whole record on its release date, March 29.

If you're wondering who or indeed what The Cairo Gang is/are then it's Emmett Kelly, who plays guitar on the new record, and a few other things possibly. He's worked with Will before on Lie Down In The Light, The Letting Go, Beware and EP CHIJIMI.