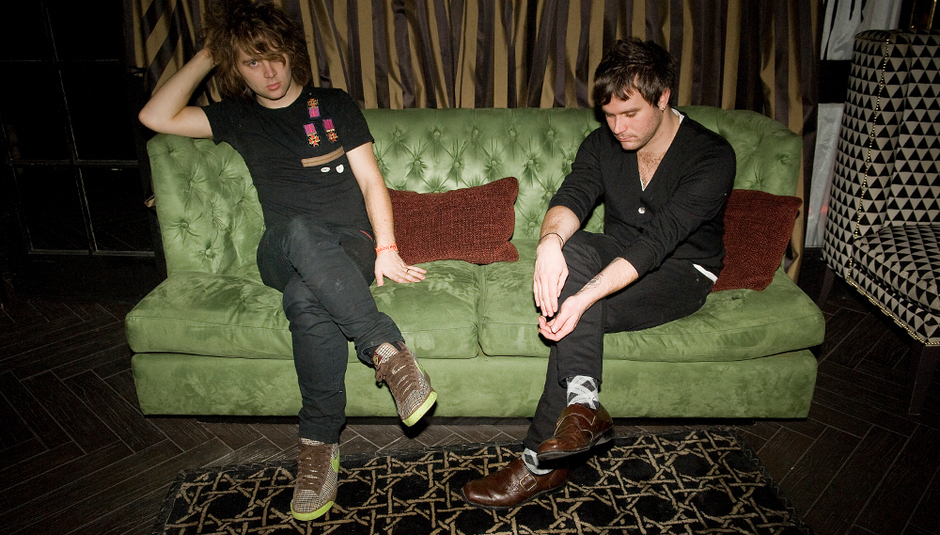 Jaguar Love, whose splendid 2008 record Take Me To The Sea received a 9/10 from us, return at the end of next month with a new album, entitled Hologram Jams, released on Fat Possum Records.

The band are now a two-piece, with former Blood Brothers Johnny Whitney and Cody Votolato being the constituent parts. They've joined up once again with John Goodmanson for Hologram Jams, a man who most recently helped out with Los Campesinos! newest LP, Romance Is Boring, and co-produced this record with the duo.

Whitney said of the album:

“Cody and I have always had a strong bond, both creatively and as friends - and working on this album together was the most productive, free flow of ideas I have ever been a part of.”

Tracklisting and album art both below:

You can listen to three of the tracks - 'Polaroids And Red Wine', 'Up All Night' and 'Jaguar Warriors' - at the band's MySpace. So do that.