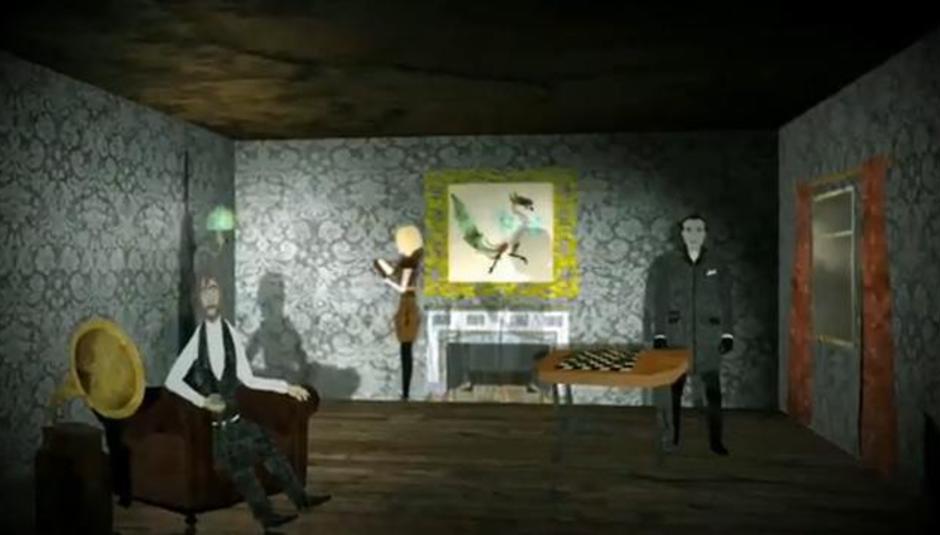 I never know whether or not to adopt the French pronunciation of 'Formidable' when talking about London-based but very much Welsh three-piece The Joy Formidable. What do you think? Sounds better as Fronch non? Enough of this irrelevance.

They release a new single, 'Popinjay' - a word which always me think of this exchange between Christopher Hitchens and George Galloway - on April 5. It's out on limited edition 7", as well as the usual tautological terming of 'digital download', too. Below is the animated video for aforementioned track. The sound which emanates is a real auditory canal filler, if you know what I'm saying!

Should you want to watch them live, there's plenty of opportunities, as they set out on a 20-date UK tour in the next couple of weeks or so. Baddies - who are no strangers to mammoth tours - support for much of it.