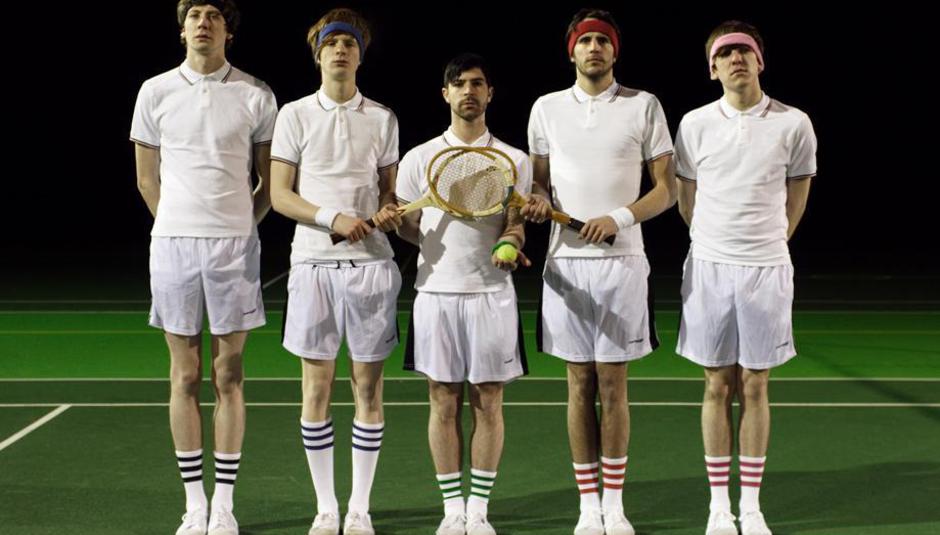 Foals. Remember them? Yeah, that band that had a pretty good album a couple of years ago. Yeah, with the singer with a Greek name who claimed he didn't know how to play an Open E chord on his guitar. Good. Well they're back, or more accurately, they will be when they release their new, and second Long Player. Which is in the next few months.

They confirmed the record, which was produced by Luke Smith, in true 2006 style - on their MySpace.

Here's what they said for themselves:

we have some good news.

// we can finally announce that our second album, TOTAL LIFE FOREVER will be released on May 10th, MMX.

Nice use of Roman Numerals. Perhaps less nice use of caps.

Will it be a track from the new record being aired? Perhaps on Zane Lowe's Radio 1 show? Who knows?!

// there is a new revamped foals.co.uk on its way. this will be our new HQ as we slowly withdraw from the world of social nettwerking. go check it out, it'll be fully operational over the next few weeks.

it's good to be back. big love Yannis

Nettwerking?! Why would you do this? WHY?

They've also just announced a trio of shows, which includes the following:

To recap. Total Life Forever, the second album by Foals will be released May 10. 2010. Anyone eager to hear this? I know I am, can't believe what some people said about Antidotes. Backlash or what?!